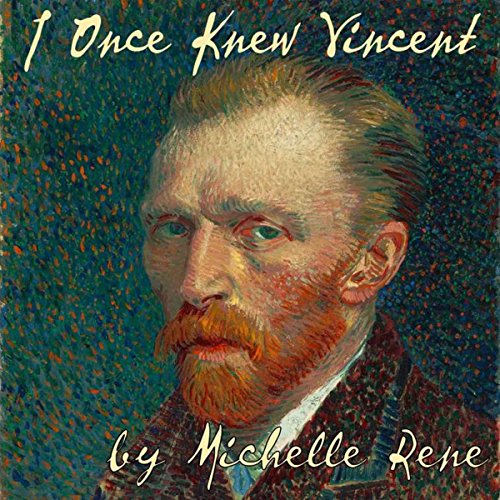 By: Michelle Rene
Narrated by: Madonna Lucey
Try for $0.00

In 1882, there was an artistic explosion of creativity in Europe. To a poor girl, Maria, and her alcoholic, prostitute mother, Sien, in The Hague, Netherlands, that didn't mean much until one winter evening when her mother brought Vincent Van Gogh to their home. Before his stint in Paris with the bohemian painters of his day, Van Gogh tried for a family life while learning the trade of art. Seminary school was a failure, and his cousin, Klee, had rejected his romantic advances. He took solace with this poor girl named Maria and her mother, Sien, determined to make them all a family. Maria, a hardened, honest girl, becomes Vincent's secret art critic. With an emotional artist for a friend and an alcoholic woman for a mother, Maria burdens herself as the responsible person in the family and tries desperately to keep them together. The short year and a half with Vincent forever changes Maria.

What listeners say about I Once Knew Vincent

Getting to know Vicent

A very poor family with a little girl and her younger brother are in dire need of a father figure. Her mom’s little income comes from prostitution.

Vincent enters their lives and attempts to become a normal family.

This story is told from the little girl’s prospective. It kept me engaged through the whole story.

This book is one of my all time favorites! The story is so well written and intriguing. I love the writer’s take on his paintings and I’ll always think of this book every time I look at his work. You can tell the author did her research on this and it is very accurate. You will go through every emotion with this one. There is nothing boring about it, it’s a must read!!

This is a good entry into historical fiction. The author did a great job of fleshing out Van Gogh as a very human character trying to make his way in 19th century Netherlands. The story is well paced and artfully weaves the narrative with historical fact. The narration is well done, too. I enjoyed every minute!

I think this was written by a high school art history student... trite and melodramatic. verbal performance was even worse. don't waste your time or money.