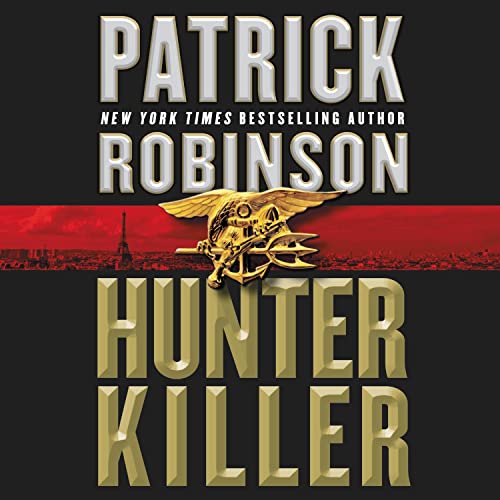 By: Patrick Robinson
Narrated by: Simon Vance
Try for $0.00

Always on the cutting edge of global political and military events, Robinson offers his most epic stunner yet. A rogue Saudi Arabian prince, disgusted by the royal family’s profligate ways, plans a coup d'etat. He surreptitiously enlists the help of the French, who appoint Le Chasseur (the Hunter) to do the dirty work. Assisting him will be the world’s most wanted terrorist, HAMAS's Ravi Rashood, arch-enemy of the United States.

With the French and Muslim fanatics on the verge of controlling Saudi oil, and the world economy and oil industry nearing collapse, America must act. Admiral (Ret.) Arnold Morgan faces an unparalleled challenge, not to mention mounting international opposition, as he marshals the forces to discipline a wayward "ally" and crush the terrorist menace. Failure is not an option.

What listeners say about Hunter Killer

The book provides instant action and plot twists. Very well told . The culprits may find you taken aback . Just enough character deinition when needed .. but the story does not plod, in fact it races away when you want it to.

I love this author. All of his works are easy to read and always entertaining. I would recommend all of his books including this one