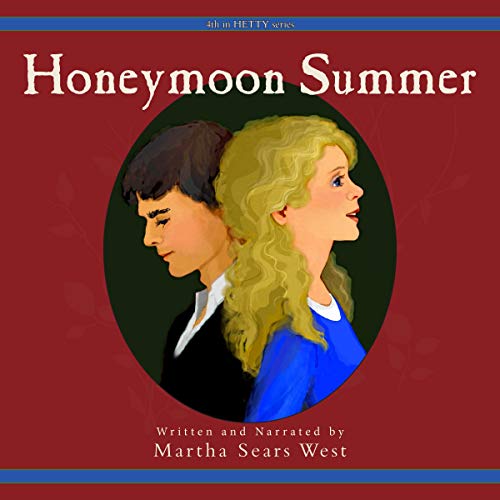 In this tender and wholesome glimpse into their young marriage, we see that Hetty’s kindly husband Morgan loves her for her goodness and purity. He has forfeited a vast inheritance to marry her.

Hetty longs to work by his side as an attorney, yet he pictures her as a stay-at-home mom. She must never have children because of a congenital heart condition.

Hetty is thrilled to be leaving behind Morgan's former fiancée. For years, gossip columnists fanned the fantasy that the wealthy and accomplished Morgan was destined to wed beauty queen Katrinka Wallace. It was also the wish of their fathers, who were longtime friends and business partners.

On board the ship, Hetty saves the life of a Japanese man, who is taking his reluctant daughter to Tokyo for an arranged marriage. Hetty consoles this young woman who pines for a boyfriend she is leaving behind in the States.

Hetty learns Morgan's long-admired mentor will serve with him on the governor's ethics committee. She has no choice but to tell him he once touched her inappropriately. Morgan’s awkward reaction leads Hetty to fear he now thinks less of her.

And who poisoned the rich old man at their table aboard ship? It might be the woman who is secretly married to him. Perhaps, it was the artist who is courting her, or the woman’s teenaged son, who is playing cupid between his mother and the artist.

When newspapers report Hetty and Morgan’s marriage is invalid due to the questionable credentials of the minister who married them, they decide they must stay apart until it is resolved. Hoping to take advantage of his single status, Morgan’s gorgeous yet devious former fiancée Katrinka arrives - yes, on their honeymoon -ostensibly on business.

To prove she's not jealous, Hetty suggests Katrinka as their chaperone. This, she soon regrets. Through their experiences on the ship and in France, Hetty proves she can be an equal partner in their marriage. We witness the growth of their mutual admiration, love, and trust.

What listeners say about Honeymoon Summer