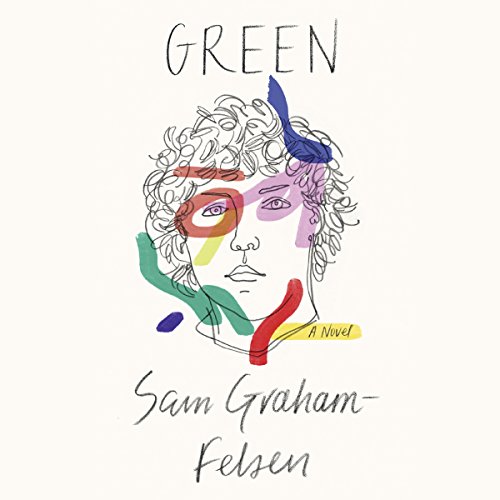 By: Sam Graham-Felsen
Narrated by: Prentice Onayemi
Try for $0.00

A coming-of-age novel about race, privilege, and the struggle to rise in America, written by a former Obama campaign staffer and propelled by an exuberant, unforgettable narrator.

Boston, 1992. David Greenfeld is one of the few white kids at the Martin Luther King Jr. Middle School. Everybody clowns him, girls ignore him, and his hippie parents won't even buy him a pair of Nikes, let alone transfer him to a private school. Unless he tests into the city's best public high school - which, if practice tests are any indication, isn't likely - he'll be friendless for the foreseeable future.

Nobody's more surprised than Dave when Marlon Wellings sticks up for him in the school cafeteria. Mar's a loner from the public housing project on the corner of Dave's own gentrifying block, and he confounds Dave's assumptions about black culture: He's nerdy and neurotic, a Celtics obsessive whose favorite player is the gawky, white Larry Bird. Before long, Mar's coming over to Dave's house every afternoon to watch vintage basketball tapes and plot their hustle to Harvard. But as Dave welcomes his new best friend into his world, he realizes how little he knows about Mar's. Cracks gradually form in their relationship, and Dave starts to become aware of the breaks he's been given - and that Mar has not.

Infectiously funny about the highs and lows of adolescence, and sharply honest in the face of injustice, Sam Graham-Felsen's debut is a wildly original take on the American dream.

"A coming-of-age tale of uncommon sweetness and feeling." (The New Yorker)

"A fierce and brilliant book, comic, poignant, perfectly observed, and blazing with all the urgent fears and longings of adolescence." (Helen Macdonald, author of H Is for Hawk)

What listeners say about Green

Green explore the lives of two young friends, one white, one black, who bond over a common love of basketball. As their relationship grows, they struggle to keep their friendship and themselves alive amidst racial prejudice and social injustice.

This is a poignant look at what many young people struggle with every day, not just in the inner cities, but everywhere in our current world where so many prejudices and so much anger abounds. Very powerful story.

A Skip to the End

I wanted to like this book. I forced myself to stick to it until the half-way point, then skipped to the final chapter. I feel guilty for cheating, but I couldn't take it anymore. I strongly disliked the main character and although I love this narrator, he didn't fit the main character. I didn't enjoy the language and was frustrated by the book as a whole.