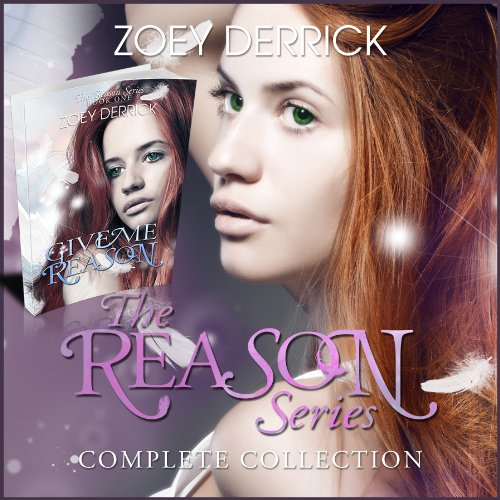 By: Zoey Derrick
Narrated by: Becca Ballenger
Try for $0.00

Vivienne Callahan has known only hardship. As if growing up with an alcoholic, drug addicted mother wasn't traumatic enough, she's escaped from her physically and verbally abusive boyfriend only to struggle every day to make ends meet as a waitress in a Minneapolis diner.

Along comes Mikah Blake, a handsome stranger who quickly takes an unexpected and persistent interest in her. On the surface, "Mr. Suit" seems to be Vivienne's opposite: rich, well-fed, successful. As Vivienne will learn, Mikah is more than he seems, and for reasons unknown, he's determined to be her knight in shining armor. But after having finally found her own two feet after years of abuse, it's difficult for her to accept Mikah's help.

Will her body's unexpected response to Mikah's touch be reason enough to overcome her pride and traumatic past and learn to love and trust? Or will her past, refusing to be left behind, come back to claim her?

What listeners say about Give Me Reason

Loved this book - need to read the rest - AMAZING

Would you consider the audio edition of Give Me Reason to be better than the print version?

I prefer both. I read while listening. But also it made it easier. I hope that the others will be on audio soon!

What was one of the most memorable moments of Give Me Reason?

The ultrasound.
All the moments with Mikah

I love her voice! She did a great job with this book. I hope she does the rest of the series.

With the ultrasound and Mikah's reaction. It was awesome!

I love this book. from the beginning. The sample alone made me want to buy it. I am disappointed that the others weren't on audio. Will you put them on audio, please.

If you could sum up Give Me Reason in three words, what would they be?

Vivienne is strong but too much confidence gets her in trouble.

Can't wait to listen to the next one.

2.5 stars
I did not understand the plot of this book. Basically, Vivienne has been abused by her mom and boyfriend. She is pregnant and one step away from homelessness when a young, wealthy Irishman comes into her restaurant and decides to help her. I didn't understand why he felt compelled to help her. From the tags, it seems like there's something supernatural going on, but I didn't get that from this book. Maybe the next book will have more of that aspect. The narrator sounded like a 12 year old girl, so that threw me off as to how old Vivienne was. It was really short which was good and not terrible, but I won't be reading the next book.