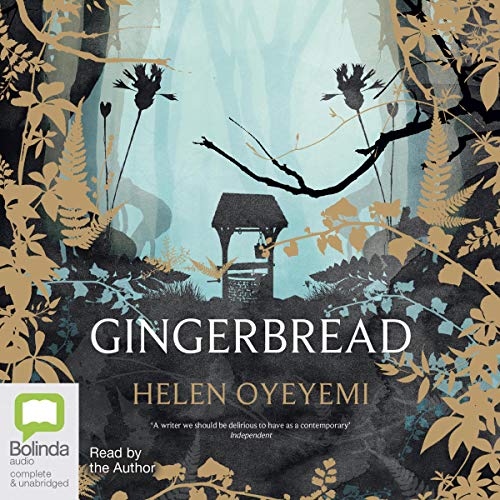 A bewitching and inventive novel about motherhood, family legacy and...gingerbread.

Perdita Lee may appear your average British schoolgirl; Harriet Lee may seem just a working mother trying to penetrate the school social hierarchy; but there are signs that they might not be as normal as they think they are. For one thing, they share a gold-painted, seventh-floor flat with some surprisingly verbal vegetation. And then there’s the gingerbread they make.

Londoners may find themselves able to take or leave it, but it’s very popular in Druhástrana, the far-away (and, according to Wikipedia, nonexistent) land of Harriet Lee’s early youth. In fact, the world’s truest lover of the Lee family gingerbread is Harriet’s charismatic childhood friend, Gretel Kercheval - a figure who seems to have had a hand in everything (good or bad) that has happened to Harriet since they met.

Years later, when teenaged Perdita sets out to find her mother’s long-lost friend, it prompts a new telling of Harriet’s story, as well as a reunion or two. As the audiobook follows the Lees through encounters with jealousy, ambition, family grudges, work, wealth and real estate, gingerbread seems to be the one thing that reliably holds a constant value.

Influenced by the mysterious place gingerbread holds in classic children’s stories - equal parts wholesome and uncanny; from the tantalising witch’s house in Hansel and Gretel to the man-shaped confection who one day decides to run as fast as he can - beloved novelist Helen Oyeyemi invites listeners into a delightful tale of a surprising family legacy, in which the inheritance is a recipe. Endlessly surprising and satisfying, written with Helen Oyeyemi’s inimitable style and imagination, Gingerbread is a true feast for the listener.

What listeners say about Gingerbread

Didn't enjoy this as an audiobook

Whilst I loved the author's voice and way she read her work, I felt the work itself was too disjointed and unusual to work well as an audiobook. I tried so hard to get into the story but found I had to do a lot of rewinding to understand the plot. I WILL buy a paper copy of the book as I do think the story was interesting - a grown-up fairy tale of sorts - but unfortunately could not finish the audio.

I’m a big fan of quirky books and I love fantasy fiction but this book was not for me. I read the reviews but thought I would give it a chance as not everyone likes quirky but alas I’m with the not for me’s it just sounded like someone’s drug induced trip I was so glad I hadn’t wasted my money on the actual book and instead brought on my Audible credits so thankfully was able to return. Give this a wide berth unless you can return and get something better or you’ll be kicking yourself.

This is the only book I’ve abandoned without finishing. Really hard to listen to and to follow as he story skips at round without indication. Disappointing.

I really tried to get the point of the story, but it escaped me. I found the author’s performance difficult to understand. A more polished voice may have made the experience better. I wanted to like this book but I just didn’t.