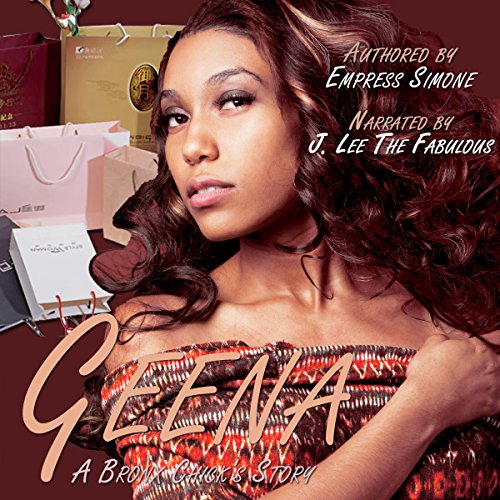 By: Empress Simone
Narrated by: J. Lee The Fabulous
Try for $0.00

Meet Geena Samuels, a single mother raising two sons in one of New York City's toughest boroughs. This Bronx story is nothing like you've ever witnessed before.

Geena encounters violence and betrayal from those who claim to love her most. She is on a roller coaster ride of a struggle to make ends meet and find true love, with emotions raging between love and an anger that sometimes leads to war.

One such war is the battle between her and her best friend, Abby, who has her hoodwinked while they are in search of the fast-money lifestyle. Abby is wild, reckless, and jealous of Geena. Unbeknownst to Geena, Abby is committed to destroying her, the one true person who trusts her. During it all, the one saving grace seems to be Geena's sponsor, who helps with the bills and Geena's expensive shopping habits. However, his real intentions are covered by the financial security he provides.

Will Geena survive the game, or the web of deceit her best friend Abby or sponsor have woven, or will naivety and greediness be the cause of her demise?

What listeners say about Geena

this story could have been so much better. the narrator is not good tonight and a story and she would be good for a particular character. not really looking forward to the next installments.