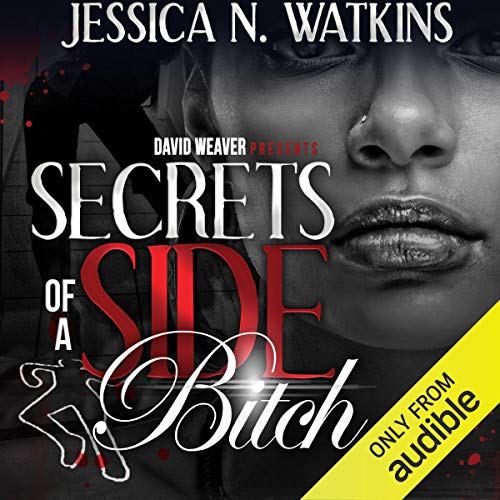 Secrets of a Side Bitch

Secrets of a Side Bitch

Meet Omari, a gorgeous, hardworking 28-year-old man from the South Side of Chicago. No matter how hard he works at his job at UPS, it is never enough to take care of himself and his long-term girlfriend. After continuous pressure from his older cousin, Ching, Omari finally trades in busting his ass for working under Ching, hustling three major blocks on the West Side.

All is good as Omari juggles work and the drug game - until Ching involves him in the murder of someone who ends up being the governor's nephew. As he dodges homicide detectives, Omari is also trying to dodge getting caught between two loves. He's been committed to Aeysha for seven years but is falling more each day for Simone, an older, more established woman who is at his beck and call.

After years of playing the side chick, Simone finally finds love that she thinks is all her own. Just as she settles in to loving Omari, she finds out about Aeysha, and her desperate mind begins to plot how to finally win her man. Simone's best friend, Tammy, thinks Simone is crazy, and she herself is running from an obsessed ex-boyfriend who is persistent in trying to kill her. Tammy lives in hiding for months as she asks herself this burning question: How can a man love a woman with the same hands that he is willing to kill her with?

As the murder investigation leads to arrests, the walls come down on these lovers. Murder, sex, and indictments lead to unforeseen tragedy and unexpected love.

the title (for some) may throw u off, but once engaged you'll definitely understand, this is gonna be my 5 star audio of the month!!! kudo's to Ms.Watkins,and of course narrators Ms.Small, Mr. Hite who always seem to make audio listening so exciting, and interesting.

did not see that coming...this was a really good book to listen to. series was WOW

Love it very much.

It was a very enjoyable to read. I would read it over an over again.couldn't close my else or stop listening to it.

I absolutely loved this book, omg! So many plot twist and it held my interest. Told all my friends to read/listen to it!

This book comes highly recommended. I just couldn't wait for the next twist. Characters players all were excellent.

This is the juiciest story I've heard in a long time with all its ratchetnes!

Entertaining but not original

This story was very entertaining. I enjoyed the detailed encounter with the characters. But the plots where some what predictable.

Great writing. Once you begin, you will put everything else on hold in anticipation for what's next in the story. Just when you think you got a handle on the flow of the plot, you will be pleasantly SHOCKED& SUPRISED. I was impressed!

I hope amari find out about this crazy
hoe. she is the 2worst for real