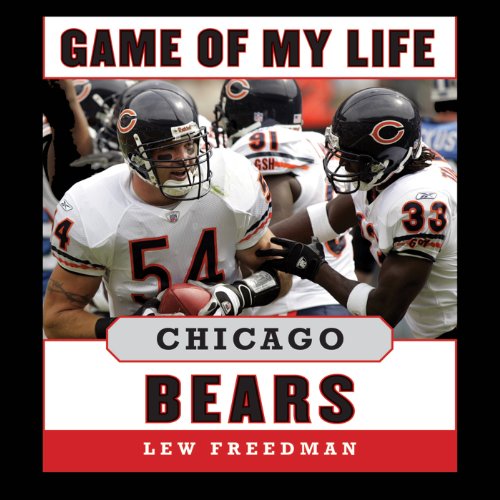 Game of My Life: Chicago Bears

Since their founding in 1919, the Chicago Bears have carried the hearts and souls of football fans throughout the country. Now supporters of one of the NFL’s most storied franchises will go into the locker room and onto the turf with over 20 Bears legends in Game of My Life: Chicago Bears. In this newly revised edition, sportswriter Lew Freedman opens the doors to players’ private remembrances of how it was and how they reacted to the spotlight. Big touchdowns, career-making moments, and championship glory shared all come to the surface for Bears of the past half-century. Listeners will hear tales from Hall of Famers such as Dick Butkus, Gale Sayers, Mike Singletary, Stan Jones, and so many more. Within these pages, Chicago gridiron greats offer glimpses of the National Football League in the 1950s, the 1960s, and right up through present-day play. More than 60 years of Bears experience is represented in this collection of tales told by the men who lived through some of the most memorable moments in franchise history.

What listeners say about Game of My Life: Chicago Bears