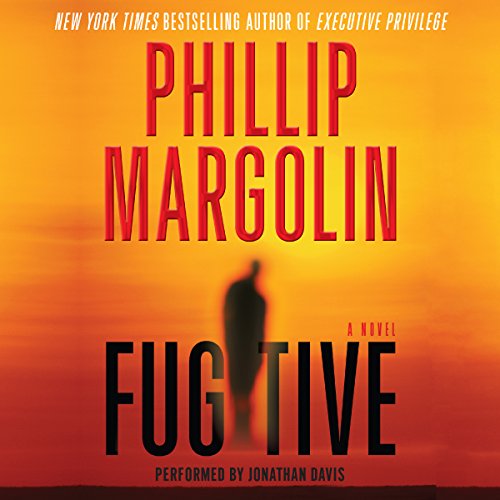 By: Phillip Margolin
Narrated by: Jonathan Davis
Try for $0.00

Amanda Jaffe, the heroine of Wild Justice and Proof Positive, is back - in this twisting tale of international intrigue and murder that leads her deep into the past and into the crosshairs of a killer.

Charlie Marsh, a petty thief and con man, becomes a national hero when he rescues the warden of a state penitentiary during a prison riot, but it doesn't take long before he is wanted again, suspected of killing a United States congressman. After 12 years of living in the African nation of Batanga, at the mercy of Jean-Claude Baptiste, a sadistic, power-mad dictator, Charlie flees for home to face his murder charge, when Baptiste learns about Charlie's affair with the tyrant's favorite wife. But it's not just the state of Oregon that's got it in for the philandering con.

Criminal lawyer Amanda Jaffe has her work cut out for her. She must keep Charlie off death row, protect him from the head of Baptiste's deadly secret police, and prevent him from being caught by a shadowy killer who will stop at nothing to keep the truth about a decade-old crime buried forever.

What listeners say about Fugitive

Fugitive is a genuinely interesting and worthwhile novel. There is a very nice twist at the end that no one could have foreseen. The twist really seals the deal.

What did you love best about Fugitive?

the reader J.D brings author's characters to life. This is not my fave story of the author, but will buy any of this author's stories read by J.D. You can't be multi-tasking so much on this story as this one has lots of names you will need to remember later in the tale.

Great ending. This story has a long history, I would have like more scenes with Frank and Amanda, but this author just does not write like that. See Brad series, same thing.

No one character is better than another as author has way too many to even count in this one.

The opening scenes stays with you as Charlie interacts with African President!!

My husband and I both listened to this book and really enjoyed it. The pace of the story is fast and the unlovable central character is never-the-lessinteresting to follow. We be looking for other titles by this author.

If this novel had been longer, I would have quit listening in the middle. The main character had no redeeming qualities. Everyone in the novel was stereotyped. Not worth listening, but once you buy it, you're stuck.

Jonathon Davis reads a lot of the legal thrillers I’ve listened to. It’s been such a treat to to list to his voice telling Amanda and Frank Jaffe’s story. This book was great. Lots of twists and turns. Very entertaining.

Love the book it was wonderful! I definitely recommend this book! A must read and the audio version was great!

The narrator was great and did not distract from the story. Amanda's character continues to satisfy