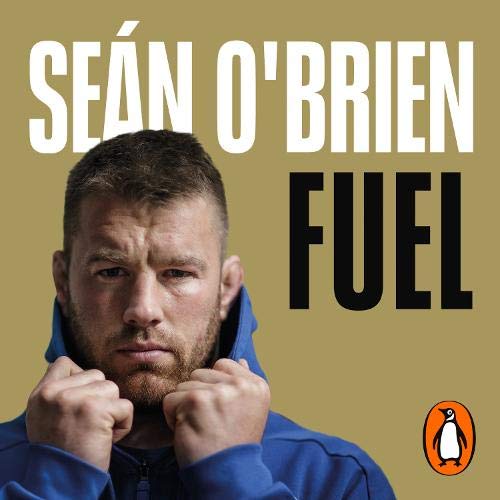 Seán O'Brien does not come from a traditional rugby background. He grew up on a farm in Tullow, far from the rugby hotbeds of Limerick and Cork or the fee-paying schools of Dublin. But as he made his way up through the ranks, it soon became clear that he was a very special player and a very special personality.

Now, Seán O'Brien tells the remarkable and unlikely story of his rise to the highest levels of world rugby and of a decade of success with Leinster, Ireland and the British and Irish Lions.

"He's one of the best players I've ever played with. As a forward, I'd say he's the best." (Johnny Sexton)

What listeners say about Fuel

As an ex player and huge rugby fan. I tend to read most autobiographies of players etc. Like many, I get frustrated at the formulaic, boring approach taken by many.

This isn’t up there with Rough Ride or It’s Only A Game but Sean’s account of his interesting life is better than most of his contemporaries.

It’s honest… although you get the sense that a person of Sean’s character has a lot more to say. Like the use of painkillers, issue of concussion… be more honest about his career. Understandable he’s not gone no holds barred as he’s still playing.

Enjoyed it though… Good read.

brilliant. Sean tells it as it is! I enjoyed every minute of it. a +++

found it hard to get into but glad I stuck with it.
love Sean's honest views on everything, he doesn't hold back and would definitely recommend it to a friend.

loved it. one of my all time favourite player. no bullshit. Great from start to finish

Have to say, so much better than all the other recent rugby autobiographies. Sean is go genuine and grounded this autobiography comes alive when read by him.

Brutally honest, just as he plays the game

very enjoyable insiders account of a true legend of itish rugby. honest, true to his roots and incredibly tough a must read for all aspiring players but particularly those in grassroots clubs

A true great of the game

Sean is some man! Great book, fair play!
Leinster, Ireland and Lions Legend. Worth a read for any sports fan

good mix of content
early life
rugby life
not too much about individual matches which in some books can get boring.
great to have it narrated by Sean.

Great to listen to, had it finished in a matter of days, good insights in to the career of a top class player.