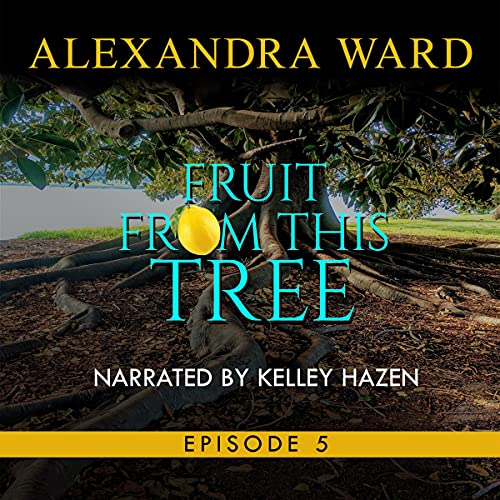 Fruit from This Tree, Episode 5

By: Alexandra Ward
Narrated by: Kelley Hazen
Try for $0.00

James Dixon and Janice Atterly are making a go of their long-distance relationship. He visited her in San Diego, California, and now he’s invited her to come to his home in Summer County, South Carolina. James’ twin brother, Donald, is also interested in Janice’s best friend and condo mate, Dr. Cecile Jordon, but she’s not nearly as amenable as Janice. Of the women Donald has encountered, none were as difficult to get close to or half as intriguing as Cecile.

However, hope springs eternal. The Dixon twins’ cousin, Benny Alexander, is still searching for the woman he loves, the mother of his daughter, Stacy Greene. His pals Janice and Cecile and his family urge him to keep the home lights burning because of their belief that Stacy loves him enough to return to him one day. Again, hope springs eternal. Benny’s younger sister, Vivian, is one who cheers him on. Yet, despite her confusing feelings for Chuck Montgomery and her own future, Vivian and Derrick Jackson draw closer together to the point of no return.

Vivian’s oldest brother, Kenneth Alexander, is still having trouble with Lisa Lambert. She wants him to pay for rejecting her and choosing to marry JeNelle instead. Kenneth knows that Lisa spells danger for him, for his family, and his business. Yet, his invention in connection with Cecile’s could be the collaboration that saves them all.

What listeners say about Fruit from This Tree, Episode 5

Tune if for the fifth episode in the Fruit From This Tree series. We find out more about what going on with the Dixon twins (James and Donald) and their love interests, Benny and Stacy, KJ, and so much more!

With such large families to hear about, Alexandra Ward keeps the stories coming. Whether in California, the Carolinas, or somewhere in between,
there’s so much to hear about.

I’m always entertained whenever I get to listen to one of Kelley Hazen’s narrations. She really knows how to bring out the characters personalities and bring the story to life.