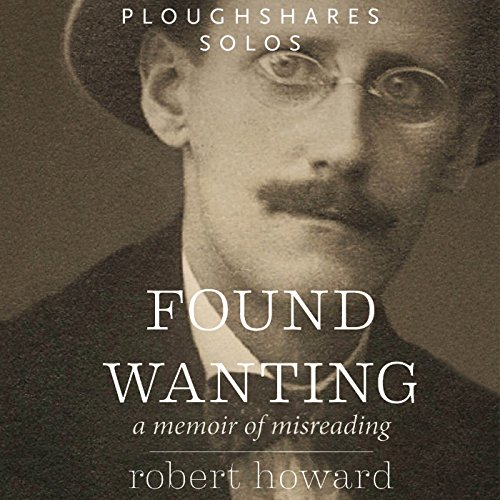 By: Robert Howard
Narrated by: Steven Jay Cohen
Try for $0.00

When Robert Howard is assigned James Joyce's A Portrait of the Artist as a Young Man in his Catholic high school, his teacher, a Jesuit priest, announces, "Other people may read about it, but you are LIVING it!" As promised, the young Howard, growing up in 1970s Detroit, feels an intense identification with the protagonist of Joyce's first novel, Stephen Dedalus. Separated by an ocean and almost a century, they nonetheless share troubled family lives, and a tormented relationship with both faith and sexual desire. After re-reading Portrait in middle age, Howard looks at his two very different responses to the novel, and what he noticed and didn't notice when he was young. Found Wanting is part literary memoir, part reappraisal of a literary classic, and part skeptical look at the idea of art as a pathway to personal transformation.

What listeners say about Found Wanting