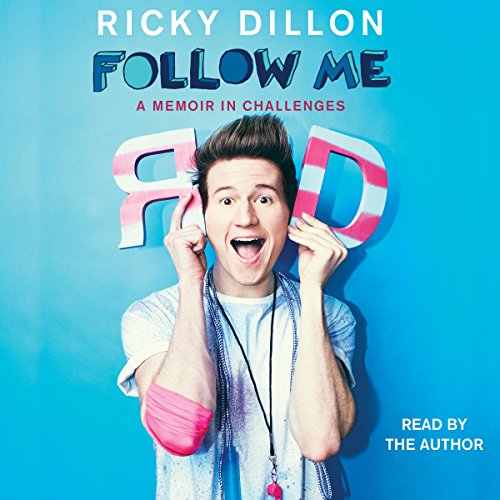 In this inspiring and hilarious memoir, YouTube star Ricky Dillon gives you an exciting look into his personal life and reveals the ins and outs of being a young star online.

A former member of the enormously popular YouTube group Our Second Life - alongside his good friend, Connor Franta - Ricky Dillon has connected with millions of fans worldwide, with no less than The New York Times featuring him in an article about the new generation of social media influencers. Now, in his very first book, Ricky takes you into his day-to-day world and shows what it's like to be a young star with a number of different creative interests, from crafting weekly videos to collaborating with other YouTube personalities to honing his career as a pop musician. Ricky also takes you into the inner workings of his personal fitness regimen and how he maintains a program of health and wellness in all areas of his life.

In addition to all of this, Ricky creates a set of challenges - from serious, contemplative tasks to the type of zany, hilarious stunts that he explores in his videos regularly - to create a book that is at once informative, inspiring, and incredibly fun. Follow Me captures the humor, creativity, and perseverance of one of today's most popular vloggers, with additional insights that make this a must-listen and must-have for fans everywhere.

Ricky was amazing reading this book. he is such an amazing person and I love him. ride on rickyyy i hope for a second bookkkk

Follow Me is a good book for people who are already familiar with Ricky through his YouTube videos and social media presence and who want to know more about him. However, the book really isn't a pure autobiography. Ricky presents his story in pieces as part of a larger theme of motivating young people to try new things, be more creative, live healthy, and generally have a positive outlook on life. It succeeds at that but you won't get much information on the business and behind the scenes aspects of social media success.