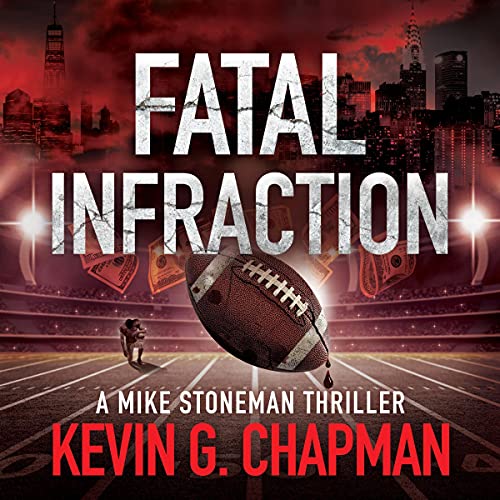 He took a knee for social justice. Now, he's dead.

Controversial quarterback Jimmy Rydell’s body was found naked - on the Central Park carousel. Who killed him? How did he get there two days after he disappeared? And why was the body frozen?

Jimmy’s team just wants to move on, after collecting on the $20 million insurance policy. Jimmy’s teammate - the one who threatened to kill him - swears he wasn’t there. Jimmy’s bodyguard had the night off. Somebody is going down for this if NYPD homicide detectives Mike Stoneman and Jason Dickson can find a theory that explains all the bizarre facts. They just hope the case doesn’t tear the team, and the city, apart first.

What listeners say about Fatal Infraction: A Mike Stoneman Thriller