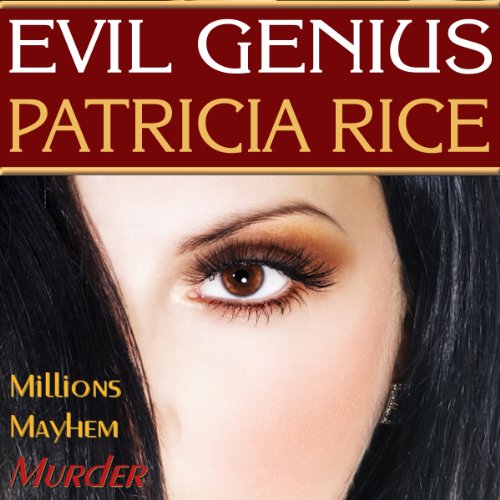 By: Patricia Rice
Narrated by: Katina Kalin
Try for $0.00

Call her a petite princess or a paranoid neurotic, either way, Ana Devlin has the instincts of a chameleon. She can disappear into the woodwork, share tea with a queen, or flatten a thug with one swift kick, but what she really wants is to provide her dysfunctional younger siblings with the security of the home she’s been denied. When her sister's VIP father is accused of murdering his aide, she decides it's time to go home.

Instead of finding security, she discovers her grandfather has died without the family being notified, his mansion has been usurped by a stranger who never leaves the third floor, and her grandfather’s executor has absconded to the Caribbean with the proceeds of their inheritance. If murder hasn’t already been committed, she might perpetrate one herself - starting with the annoying spider in the attic.

To avoid murder, she makes a pact with the devil who apparently now owns the home she is determined to win back. While she searches for the absconding lawyer and the real murderer of the senator’s aide, she will help their landlord locate a mysterious Cambodian - until oddly, the threads of all three mysteries begin to twine together, and someone is intent on cutting the cord before Ana comes too close to finding the answers.

What listeners say about Evil Genius

What a great listen. Katina Kalin was superb! Story and the narrator made it all fun.

An Author Goes Too Far

Six hours through i was ready to grant this audiobook a five star rating, The quirky off beat characters are interesting The plot line about a displaced family attempting to reclaim their inheritance is good.Unfortunately there is two to three hours of useless filler material forced into this book. Two many rehashes of possible culprits. Too much doubt on the part of the main character about whether or not she can trust the "oracle." Way too many declarations from her about how "she would do anything for her family." This despite the fact that she has been estranged from her family several years. Despite all this I have no compunction about recommending this audiobook. It's a nice listen and is even heartwarming at times. It isn't great, but i do rate it as quite good.

A great story - interesting, fun, a slow burn romance and well performed. My only complaint is that this is the only book in the series (so far?) on Audible.