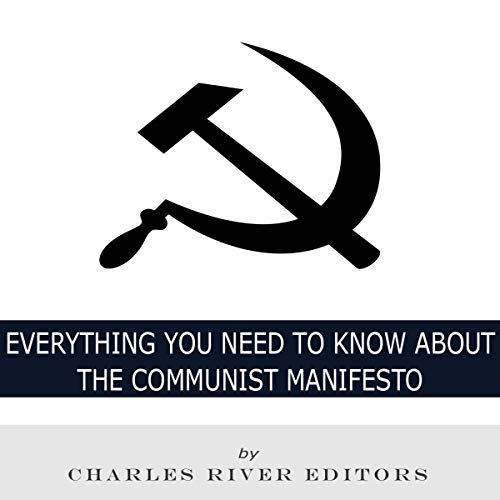 Everything You Need to Know About The Communist Manifesto

Everything You Need to Know About The Communist Manifesto

"The philosophers have only interpreted the world, in various ways. The point, however, is to change it.” - Karl Marx

It would be almost impossible to exaggerate the influence The Communist Manifesto and its principal author, Karl Marx, has had upon the world in the last 150 years. Marx was an influential historian, journalist, and economist who is widely considered one of the first social scientists, but he is best remembered for advocating socialism, particularly the brand that would take his name. As the father of Marxism, Marx predicted that capitalistic societies, ruled by a “dictatorship of the bourgeoise,” would eventually give way via class struggles to a “dictatorship of the proletariat,” and eventually to a more stateless form of communism.

Marx certainly wasn’t the first to espouse these kinds of political views, but nobody before or since had as much influence in actually bringing about the implementation of their ideas. Working with Friedrich Engels and others, Marx went about authoring a series of works, most notably The Communist Manifesto (1848) and Capital (1867-1894), championing his ideas.

The Communist Manifesto is in several respects a paradoxical document. A product of the Western European political struggles that culminated in the pan-European Revolutions of 1848, its greatest historical impact was nevertheless not felt until the following century, in countries far from Western Europe (Russia and China) that Marx and Engels would never have viewed as ripe for revolutionary activity. The Manifesto was written as a diagnosis of the ills of what is often called high industrial capitalism, yet in many ways the world it describes, in which “all that is solid melts into air,” sounds more like a prediction of a globalized capitalist world of political flux, virtual life, and accelerated time than a description of Marx’s era, in which monarchies and established churches still wielded immense power across Europe.

While Marx laid out the ideological groundwork, many put it into action, leading to the formation of socialist powers in the Soviet Union and China during the first half of the 20th century. Marx’s writings and philosophy had an impact on the social sciences and economic theories, but one of his biographers could comfortably and accurately assert that the political history of the 20th century was “Marx’s legacy”. Whether fairly or not, in the West, the Manifesto has become inextricably linked with some of the totalitarian excesses of the regimes that claimed to espouse its ideology.

Everything You Need to Know About The Communist Manifesto looks at the life of the revolutionary socialist and his seminal work, analyzing its ideological themes and its influential and enduring legacy.