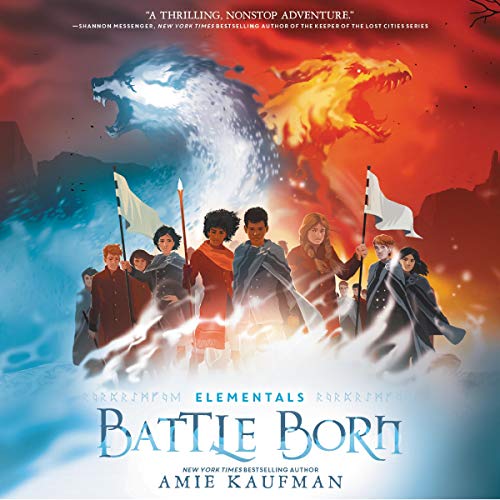 By: Amie Kaufman
Narrated by: Johnathan McClain
Try for $0.00

Tensions are at an all-time high in the final installment of this rip-roaring adventure series about siblings with magical shape-shifter powers, from New York Times best-selling author Amie Kaufman.

Though Anders and his friends have delayed a war between ice wolves and scorch dragons, their mission is far from over. With adults on both sides looking for them, they’ve sought refuge in Cloudhaven, a forbidden stronghold that could hold the key to saving their home.

Meanwhile, Holbard has been ravaged, and its citizens are reeling. Many have been forced into bleak camps outside the city, and food is running short.

To rebuild Vallen and unite scorch dragons, ice wolves, and humans, Anders and Rayna must put everything on the line...before the damage done is beyond repair. But the price of peace may hit closer to home than they could’ve ever imagined.

loved this story. All 3 books were written well and left me wanting to get the next.

loved all of them

I wish there was more but unfortunately all good things must come to an end.

Best Book ever, this is one o the only books and series that I liked, I hated reading books but this series was the best with the best narrator Johnathan McClain.