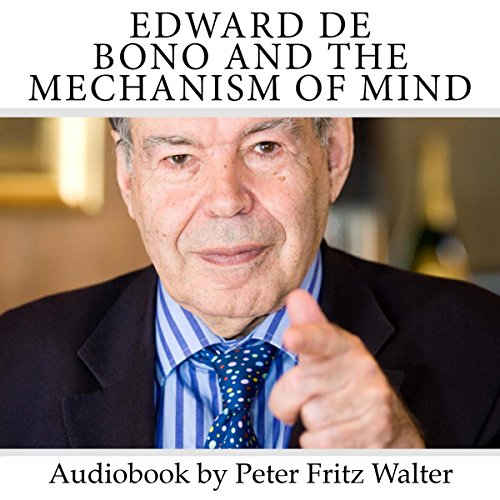 Edward de Bono and the Mechanism of Mind is a study that features one of the greatest think tanks of our time.

Unlike many other corporate training experts, Dr. de Bono went way beyond the job of a corporate trainer, and is to be considered a true business philosopher and conceptualist. His research on perception and the memory matrix of the human brain has had a decisive impact upon accelerated learning.

Dr. de Bono is the creator of many creativity-boosting games and training programs, among them the concept of "lateral thinking" and the "Six Thinking Hats" brainstorming technique. In various countries, governments use his techniques in primary schools and high schools for boosting the creativity and learning skills of their students.

He has written numerous books with translations into 34 languages (all the major languages plus Hebrew, Arabic, Bahasa, Urdu, Slovene, Turkish, etc.), and has been invited to lecture in 52 countries around the world.

In 1995 the Malta Government awarded Edward de Bono the "Order of Merit". This is the highest award available and is limited to only 20 living persons. For many thousands, indeed millions, of people worldwide, Edward de Bono's name has become a symbol of creativity and new thinking.