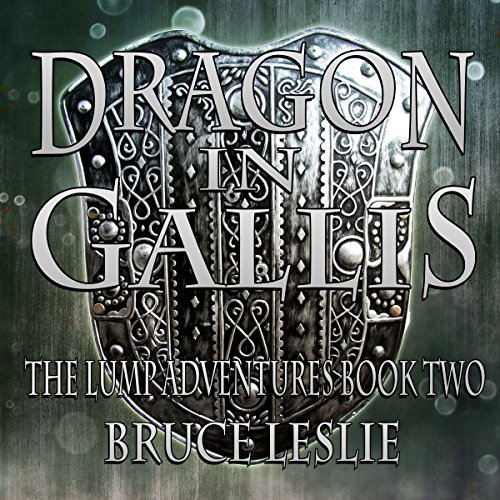 What's the worst that can happen when one man's troubles become another land's problem? War!

The three lands were at peace for over 100 years, until the Lump came along and mucked everything up. Now, the Great Egg stands on the brink of war due to the presence of a blind dragon, courtesy of the Lump (who has a new penchant for calling himself "Dragonblinder"). Just when the big guy found his calling in life, an invasion happened. Some dragons are a serious pain in the rump.

Meena's power grows as she discovers what it means to be a woods witch.

A dark cult has risen to worship the dragon.

An ancient ruin reveals the secret history of Aardland and Gallis.

Ghosts are appearing to exert their influence.

It is uncertain whether savage Hill-Folk are friend or foe.

Dragon In Gallis is the second audiobook in The Lump Adventures, an epic fantasy, with a few laughs thrown in for good measure.

What listeners say about Dragon In Gallis