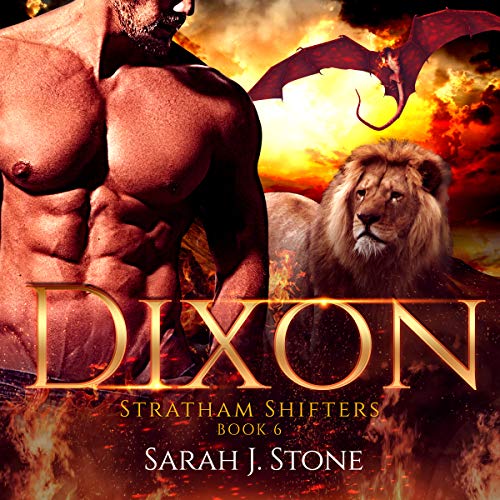 Melody must decide how to get her two younger sisters safe while at the same time keep her uncle away from her. When she agrees to be wedded to another elf from another territory, she only does it to ensure her sister’s safety. But when the news gets to her sisters, they have something else in mind, and it certainly doesn’t involve Melody marrying to keep them safe.

Thrust into the Human World with nothing but one bag and her sister’s vision of meeting her mate, Melody has no clue what to do. When she lands, quite literally on her mate’s back she doesn’t know what to expect. Will he accept that she is an elf from a completely different world, or will he turn away leaving to fight her battle on her own.

Dixon knows something is coming, only he doesn’t know what. He’s a lion shifter who can’t shift and has been outcast by his own kind. He lives his dull life the same way until Melody is hurdled into his life. He thinks it’s Fate sick pleasure playing games with him until he realizes that Melody can give him everything he’s lacked in his life. But how can he mate with a woman and not be able to protect her? Self-doubt clouds his mind until she convinces him that she loves him no matter what.

What listeners say about Dixon

Excitement from beginning to end

I got this ARC via audiobook boom and this is my voluntary review. This was a fun, exciting romance between Dixon a lion shifter who could not shift and a fae who thought her gifts were useless. The narration was choppy but the story was good. The secondary characters really added to the story. I hope that Webb gets his story and that the uncle did not destroy him. The sisters are a force to be reckoned with. I have enjoyed the others in this series although I missed one. But each is a stand-alone and complete.

Each story continues to be better than the last and this one is no exception. What an interesting combination - Lion shifter and elf. Take a chance on this series. You will not be disappointed.

Connor Brown continues to do a great job with the narration. I received this free copy audiobook at my request and have voluntarily left this review.

Well, I'm completely new to the series, so this is my first but... with that said... wow! What an adventure!

What can happen when a has-been lion shifter and a frustrated elf slam together? See, now you just have to know!! :)

It's not too long, easy to listen to, and is beautifully written and narrated.

It's FUN. Definitely check it out :)

Was looking forward to all the brothers finding their mates before other shifters were introduced.

For months, I've been chased by a red dragon. They're the females of the dragon shifter invaders, fierce and vicious and as ruthless as they are wild. She hunts me wherever I go, and I'm not safe even behind the walls of a fort. There's only one thing I can do to stop her…

Awesome series! I loved it!

I love everything about this series, the male dragons are so representative of what it is to be a man. This is an awesome addition to the series so far, and I can't wait for the next one!

I just finished listening to all the other books in this series to give me a refresher before starting this one. I love these books. The characters always so complex and simple all at the same time. I can’t wait for the next book to come out!!!!!! I will definitely be buying it as well!!!

I can’t get enough of this series. I like the dual narration even if some of the names were mispronounced. I can’t wait for the next book to come out on audible.

This book took a different turn then the others in the series but still really good. No spoilers... I am looking forward to the next book!!! Highly recommend

I loved the story I just wish the ending gave a bit more information as to what happened with Angie and her gladiator after they were mated.