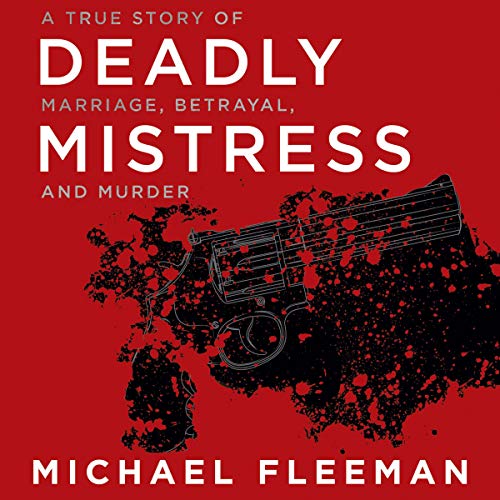 By: Michael Fleeman
Narrated by: Malcolm Hillgartner
Try for $0.00

West Coast doctor Kenneth Stahl would do anything to free himself from his wife Carolyn. Then Adriana Vasco - Kenneth's former receptionist and mistress of nine years - obliged by introducing him to ex-con Dennis Earl Godley. The deal was set. Godley would murder Carolyn for thirty-thousand dollars. On the day after her 44th birthday, the trusting victim was lured to a lonely stretch of road. The deadly rendezvous took a shocking turn. Not only was Carolyn gunned down with a .357 Magnum, but Kenneth would also be killed.

The hit man's getaway driver was the other woman, Adriana Vasco.

In a sensational trial, a tangled web of lies, sex, and betrayal unfolded as Adriana and Dennis turned against each other…and Michael Fleeman tells the whole shocking story in his true crime book Deadly Mistress.

What listeners say about Deadly Mistress

Not a good story for me but the facts are true

I was expecting a more compelling story but was a bit disappointed. Avoid this book.

Love the story. Exciting and romantic. Read and enjoyed many of Sandra Brown's books. But this particular narrator is awful. I see it said about him in many many critiques. She should heed, or ppl will see that name a decide not to listen!