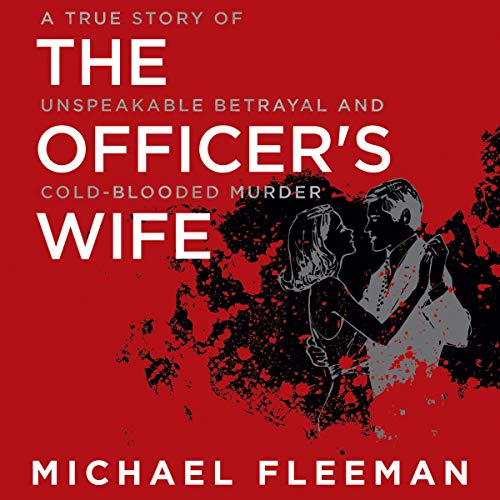 By: Michael Fleeman
Narrated by: James Anderson Foster
Try for $0.00

A MAN IN UNIFORM
He was a captain in the U.S. Air Force. She was a psychologist in Fayetteville, North Carolina. On the surface, Marty and Michelle Theer appeared to be the perfect married couple. But no one knew of the double life Michelle was leading. Tired of spending one too many nights apart from Marty who was often away on his flight missions, Michelle turned to the Internet to meet men and relieve her loneliness. With each encounter, Michelle became more daring in her sexual escapades. But one man stood out among all the rest: former U.S. Army Staff Sergeant John Diamond.

A WOMAN IN HEAT
The more time Michelle spent with Diamond, the less she wanted to be with her husband. Then on December 17, 2000, Marty was gunned down on a street outside of Michelle's office building. Suspicion first turned to Diamond, and she watched him take the fall for a murder she had masterminded. When authorities went after her, Michelle vanished. For months, federal marshals hunted desperately for Michelle, who had resorted to plastic surgery to avoid the law. In 2002, authorities finally captured her.

A CASE THAT SHOCKED THE AMERICAN MILITARY COMMUNITY
For three months, a jury would hear graphic testimony delving into the sordid details of Michelle's swinging sex life as the happy veneer of the Theers's marriage was quickly peeled away. But when it came time to decide Michelle Theer's fate, her own shocking actions would finally seal her doom...

What listeners say about The Officer's Wife

It's just crazy that 2 such intelligent people

I enjoy true crime stories and this one was very interesting... a little bit long towards the end but, overall kept my attention.

I have conflicting feelings about this book

I love a true crime with a female perpetrator and this is certainly a well written tale. But I could not shake the feeling that this particular villainess was more sad and confused than evil. All the salacious details about her sex life and ads for sex and desire to lead a swinging lifestyle were depicted as if her actions in this regard alone made her guilty. But she clearly had long suffered from some personality disorders of the garden variety type that got the best of her. At the same time, those details were admittingly the most interesting part of the story, to be honest, which makes me feel a little ashamed of myself. :) If you went to college and knew the girl who got sent home after a semester or two because she ended up sleeping with the entire football team and was clearly depressed and desperate for attention, well... this is about that girl. But in the end, she was not manipulative enough or complex enough to be worth an entire book, I think. Mostly it depressed me that people so desperately need love and are so misguided in finding and trying to keep it (and I'm not just talking about the wife at this point, either).

good story so sad it is true

Some one uses some body to do their dirty work; don't understand. Should be a warning bell going off big time. Old as time itself.

overview made story sound more in depth then it actually is. danced around and kept you waiting......and waiting.
very disappointed.

Great listen. Story isn't slanted; based on facts. I 'll look for this author again.

Great book and narrator. Def recommended. But then at the end I looked everyone up and was shocked that Michelle was so looks obsessed, and cocky. She looks like trash. Never a beautiful woman. Surgery didn’t help either. And John Diamond was fat and ugly. I don’t understand if looks was Michelle’s thing, why she wasn’t into her own husband. He’s incredibly handsome. This is gross case of sex and swinging and murder.

Fantastic book I could not put it down