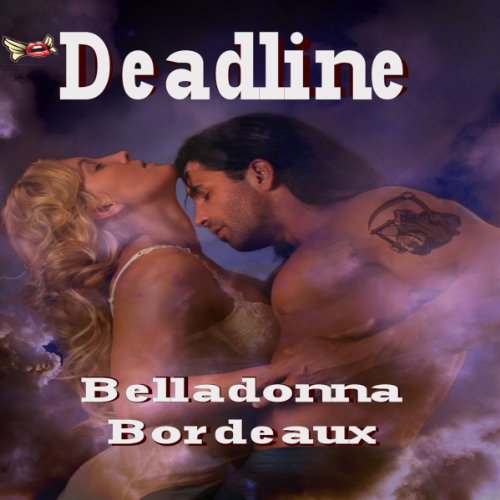 By: Belladonna Bordeaux
Narrated by: Scott Thomas
Try for $0.00

Niko Thanatose, a member of the death caste, is on a mission. He needs to release the soul of a mortal hiding amongst Harbor Mist's residents. That's going to be a neat trick considering the low mortality rate in the town. He'll break all the rules when he meets a woman who has lived under a cloud of lies and stirs a foreign emotion in his soul.

A foundling, Lyra has always been told she's an ancient, an immortal who is so rare on Earth that her kind is almost extinct. With no powers to speak of, she's the outcast that is accepted but not truly embraced by the people of Harbor Mist until the new undertaker shows up and rocks her world.

Time is ticking. The deadline is looming. Three days to catch his target before everything around him begins to die. Lyra included.

What listeners say about Deadline

Eh, the story was okay but I was not in love with it. Even though it is a short read it sort of dragged.

There was so much going on and it felt like it was part of a bigger whole. I felt like much was missing. I would be interested in seeing this book expanded and the story more fleshed out.

Loads of steam crammed into this small space. Plenty hot and heavy but not a lot of substance. It felt hollow, until the end when feeling were explained.

I listened to the audio book and Scott Thomas did a great job of bringing the characters to life. His dreamy voice really made the smexy scenes even hotter!!