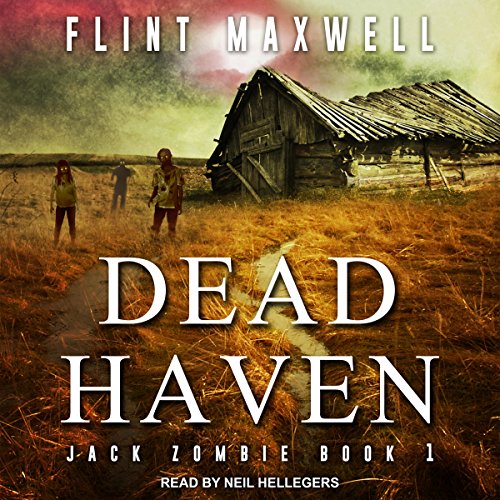 By: Flint Maxwell
Narrated by: Neil Hellegers
Try for $0.00

Jack Jupiter knows zombies. He's written about them for years. So when Jack's mother passes away in a freak car accident involving a half-eaten deer and a pack of cigarettes, he also knows something's up. Now, Jack and his fiancé, Darlene, are forced to go back to the dreadful town of Woodhaven, Ohio, for his mom's funeral.

But what he doesn't know is it might be their funeral, too.

A few months before Jack and Darlene's arrival, a mysterious flu-like virus swept through the town, infecting nearly every citizen. Now, like ticking time-bombs ready to explode, everyone is dropping dead. But they aren't staying dead. No, they're coming back as flesh-eating zombies.

Not only will Jack Jupiter have to bury his mother, confront high school bullies, and save Darlene, but he'll have to fight the dead in order to stay alive. And these aren't like the zombies from his books.

These walking corpses are real.

What listeners say about Dead Haven

Not one of the better books

the story was pretty simple but I just didn't connect with it. it was rather slow arduous probably not very interesting to me. I found myself drifting off thinking about writing things. I won't be looking for the next one in this series.

I understand this is supposed to take place in the middle of nowhere but I don't think anyone is as simple and stupid as ALL of these characters. Even if they didn't know anything about zombies they don't learn from their mistakes. Its unbelievable at some points..Like when does self preservation take effect?!? The characters are so ridiculous they are hard to relate to. By the end of the book I think if there was a coconut as a character I would have related to that more.

The main character in this book seems to think that he is better than everyone in the small town that he grew up in. The high school quarterback is still a bully making $24K a year, The police chief carries a gun because he's over compensating. Even his only friend as a child who got into physical fitness and is now a personal trainer is called dumb by the main character. It made me root for the zombies a little.

Aside from that the book is pretty slow. This entire book takes place over the course of about 2 days maybe. I made it through the book but I wouldn't recommend it.

The only reason I finished was because I paid for it. What a waste of time. Not only was the story badly wtitten, the narration was horrible. I should've just continued listening to music on my 9 hour car trip.

the monotonous cadence of the narrator is excruciatingly ....painful...... (need six more words to submit.....review)

The zombie action was as good as any out there. The main character was whiny and unappealing through out the whole book. And wow -the author really hates smokers and between the two I won't continue the series.

The book is drawn out and predictable. I doubt I'll bother with the rest of the series

Small time writer returns to the small town he was bullied in. overall not to bad.

Great characters and love the zombies too!

Flint Maxwell is a terrific writer! I love listening to his books. My heart holds a place for one special character.

Not a bad story, reasonably predictable, but why does the narrator sound like a spoilt child who’s telling a story about being naughty...the inflection is all wrong for me, shame