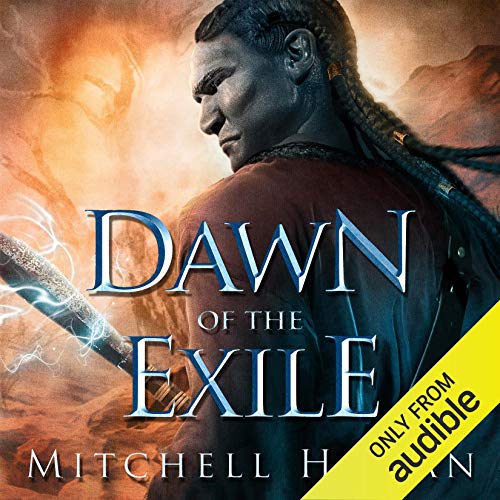 Dawn of the Exile

By: Mitchell Hogan
Narrated by: Neil Hellegers
Try for $0.00

For the damned, redemption may be just a mad dream....

Years have passed since the demon Tarrik and his master, the sorcerer Ren, destroyed the servants of Samal and suppressed the very essence of the vile lord. The cost was greater than even a demon could have imagined. But in the realms of demons and humans, no evil can be fully controlled, and no one’s true fate can be foretold. Including Tarrik’s. He’s been summoned once more, now by the vengeful Linriel, who’s fallen in with one of Samal’s ravaged survivors.

Linriel takes Tarrik, bound again to serve, on a journey to the harsh southern lands to find the source of Ren’s coveted powers, and there they discover a part of Tarrik’s past he thought had been lost forever. As old bindings more powerful than sorcery fetter him, Tarrik is drawn into an obsessive and insane mission to erase the demon lord Samal from existence forever. And only if he succeeds will he at last be freed from exile.

What listeners say about Dawn of the Exile

Enjoyed this audiobook. Both the first one and this one. Characters are good and the story keeps you wanting to listen more

This book, like the first, does not subvert expectations. Nonetheless the book is entertaining and engrossing. I’m again glad for the single person perspective, which I think adds to the books entertainment value.

Once again the demon is summoned. This time it is a betrayal and a true enslavement. I will say many questions are answered and there is a lot of suspense. Who do you trust? This demons instinctual distrust is a valuable tool for this journey. Another good one with a few surprises and added characters. I hope that was not the last we hear from these characters. There is a romance developing but it is not all about the romance. I prefer the books on audible. The narrator was great.

I just binged listened to both books. It's a great story. I can't wait for the next one.

This series just keeps getting better!

This series really does keep getting better! Before I start, I should say that people new to the series would really be better off starting at book one before starting at this second one.
Anyway, this is set several years after the end of the first book. Tarrik is still in exile, but he is soon summoned back to Wariya by an old face from the last time he was summoned.
I shouldn't really go further plot wise, for fear of spoilers.
Suffice to say that this book managed to be even better than the first! Like before, it managed to combine action, sorcery and intrigue with some interesting food for thought.
The twists in this made me sit up straighter a number of times with surprise, they were so well written and executed.
The narration was pretty good also.
I can't wait to see what the next book brings!