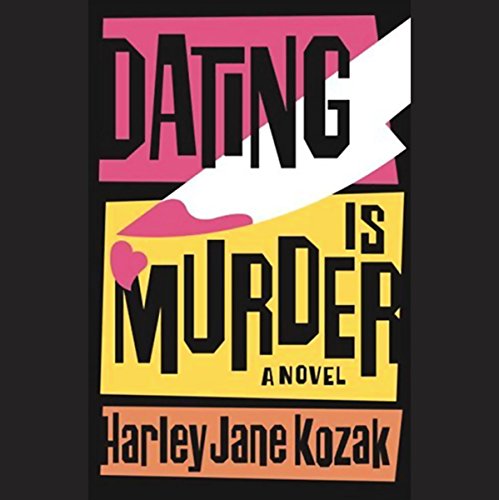 By: Harley Jane Kozak
Narrated by: Bernadette Dunne
Free with a 30-day trial

Wollie Shelley is a greeting card artist struggling to keep afloat financially and to pursue - despite a series of recent disasters - the search for the love of her life. She reluctantly agrees to be a contestant on the reality television show Biological Clock. The show's premise: six eligible singles date each other, and the audience votes on which couple would make the best parents.

Alas, Wollie isn't having much luck finding a man she'd like to date "off the air", much less father her child. As the biological clock ticks away, Wollie gets caught up in a much more pressing demand on her time. Her friend Annika has vanished into thin air and Wollie is convinced that she's in grave danger.

When Wollie reports the disappearance to the Los Angeles Police Department, however, the detective assigned to the case seems more interested in dating Wollie than in finding her friend. So Wollie springs into action - and lands right in the middle of an FBI investigation into an international drug cartel. She soon finds herself being stalked by an assortment of threatening characters, including her fellow television contestants, who will stop at nothing to beat the clock.

With Dating Is Murder, Kozak delivers another sparkling treasure, a laugh-out-loud funny, literate mystery for readers of Janet Evanovich and Sue Grafton, and for Kozak's own growing legion of fans.

"This delightful follow-up to Kozak's first outing surpasses its predecessor and will have readers anticipating Wollie's third adventure." (Booklist)
"As witty as early Evanovich and as irresistible as current Crusie....The pace of this quirky cool mystery never falters." (Publishers Weekly)

What listeners say about Dating Is Murder

This is Kozak's 2nd book with Wollie Shelley, but the first one on audio. Kozak writes with great wit for her characters. And even though the characters seem outrageous at first, they're real people. It's GREAT to read a crime mystery that doesn't rely on profanity. And she paints Wollie's character as sexual without using gratuituous sex. The mystery is good and it's a fast read. When's the next one?

What a fun book

I have never read this author before and now I am dissapointed to find this is her only book on Audible. The story line kept me interested, the characters were fun, I actually laughed out loud several times. It is refreshing to listen to a book that is void of dirty language.

Not bad but not good either

I am ambivalent about this book. On the one hand, I really like the idea of the characters and the premise. The greeting cards that popped into Wollie's head amused me. However, I almost stopped listening part way through b/c Wollie just seemed to get dumber and dumber. It was hard to take after a while. After seeing the comparisons to Evanovich and Janet Evanovich's own recommendation, I had high expectations as I enjoy the Stephanie Plum novels. Based on that I was disappointed. If you just take this as a light read and aren't too exasperated with selfish characters or ones who, at times, lack common sense, you might enjoy this one. I liked the ending but if I were reading this book instead of listening, I probably would have skimmed through a bunch of the middle.

I can't imagine complaining about the ending of this book - I loved it! Who wants to read a book that wraps up every little detail anyhow? It is much closer to real life this way. I could see this turning into a great series of stories. Any fan of light hearted detective stories will enjoy it.

Enjoyed this light romance. I found myself telling people about the book as I was reading it. Will read more from this author

I keep waiting for the next one.

I really love this series. It's fun. It's got the right balance of everything. Light and fun, but with plenty of action. Exactly the right amount of romance.

Mostly, I love this quirky main character and the troubles she finds.

This was a fun listen. Perhaps a bit slow to start because the beginning was abrupt, but it definitely grew on me. I wish there were more books on audible by the author.

My wife and I enjoyed this novel very much. The story was tight and engaging, the humor nicely interwoven and the characters where right on the money.

I understand that this is the second story...I would love to hear both the first and any new books as they're written.

Good for what it is...A funny light read...sometimes a little too sappy & Wollie a little too stupid, but, all in all, a cute book.

Harley Jane Kozak gives us a smart well written plot with action, suspense and comedy in Dating Is Murder. Wollie is back along with quirky characters and comical situations. In this installment, Wolly is nursing a broken heart and gets into investigating a diapearance of a woman she met on her new show Biological Clock. Wolly's invovlement is somewhat forced, but Kozak makes it work for the book. The plot drags a bit in the first half but kicks into high gear in the second part. The quirky characters, and witty dialogue keeps the entire book interesting.