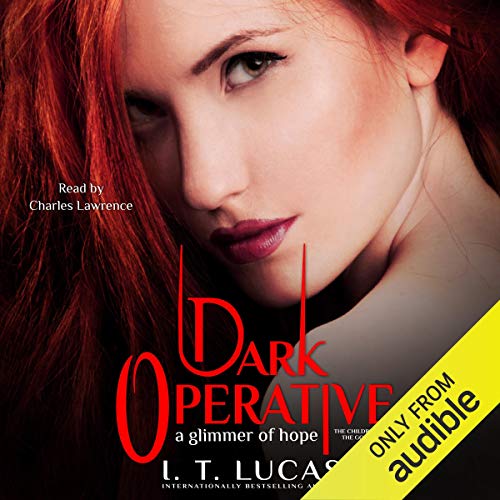 Dark Operative: A Glimmer of Hope

Get ready for the exciting finale of Bridget and Turner's story!

Dark Operative: The Dawn of Love

Her memory loss must have been catastrophic because almost nothing was familiar. The language was foreign to her, with only a few words bearing some similarity to the language she thought in. Still, a full moon cycle had passed since her awakening, and little by little she was gaining basic understanding of it—only a few words and phrases, but she was learning more each day.

Get ready for the heart-pounding conclusion to the story of Brundar and Calypso.

Get ready for the exciting finale of Wonder and Anandur's story!

Vivian and her daughter share a powerful telepathic connection, so when Ella can't be reached by conventional or psychic means, her mother fears the worst. Help arrives from an unexpected source when Vivian gets a call from the young doctor she met at a psychic convention. Turns out Julian belongs to a private organization specializing in retrieving missing girls.

Get ready for the exciting finale of Bridget and Turner's story!

Dark Operative: The Dawn of Love

Her memory loss must have been catastrophic because almost nothing was familiar. The language was foreign to her, with only a few words bearing some similarity to the language she thought in. Still, a full moon cycle had passed since her awakening, and little by little she was gaining basic understanding of it—only a few words and phrases, but she was learning more each day.

Get ready for the heart-pounding conclusion to the story of Brundar and Calypso.

Get ready for the exciting finale of Wonder and Anandur's story!

Vivian and her daughter share a powerful telepathic connection, so when Ella can't be reached by conventional or psychic means, her mother fears the worst. Help arrives from an unexpected source when Vivian gets a call from the young doctor she met at a psychic convention. Turns out Julian belongs to a private organization specializing in retrieving missing girls. 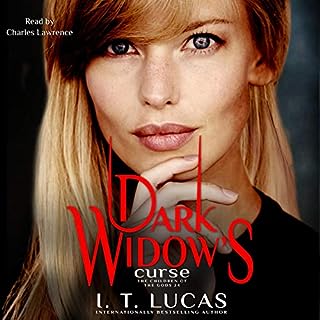 A simple rescue operation turns into mission impossible when the Russian mafia gets involved. Bad things are supposed to come in threes, but in Vivian's case, it seems like there is no limit to bad luck. Her family and everyone who gets close to her is affected by her curse. Will Magnus and his people prove her wrong? 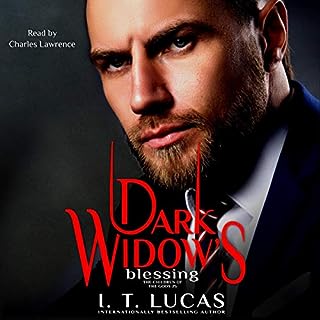 Get ready for the thrilling finale of the Dark Widow trilogy! 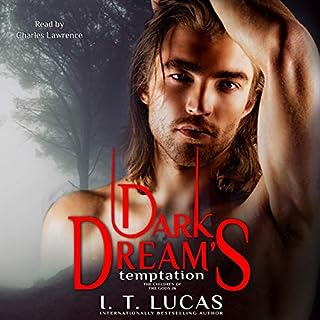 Julian has known Ella is the one for him from the moment he saw her picture, but when he finally frees her from captivity, she seems indifferent to him. Could he have been mistaken? Ella’s rescue should’ve ended that chapter in her life, but it seems like the road back to normalcy has just begun and it’s full of obstacles. Strangely, the only one who seems to understand is Logan, who keeps popping up in her dreams. But then, he’s a figment of her imagination - or is he? 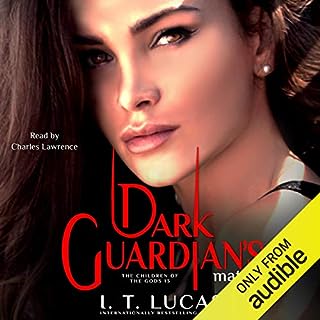 While Eva and her crew welcome Bhathian into their home, he proceeds with caution, making an effort to win everyone over and solidify his relationship with Eva. Robert and Carol suffer the results of their breakup. Both are lonely, but while Robert has no shortage of willing partners, Carol is too busy training and running the coffee shop to search for her pleasure elsewhere. Tessa and Jackson's feelings for each other intensify. Impatient to become immortal, she pushes to move forward before she is ready. 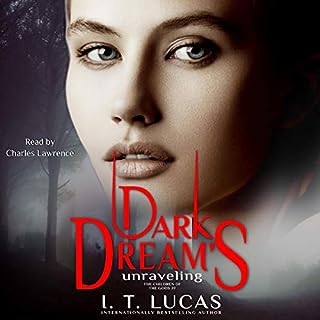 While trying to figure out a way around Logan's silencing compulsion, Ella concocts an ambitious plan. What if instead of trying to keep him out of her dreams, she could pretend to like him and lure him into a trap? Catching Navuh’s son would be a major boon for the clan, as well as for Ella. She will have her revenge, turning the tables on another scumbag out to get her. 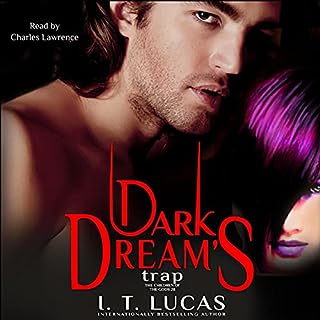 The trap is set, but who is the hunter and who is the prey? Find out in this heart-pounding conclusion to the Dark Dream trilogy. 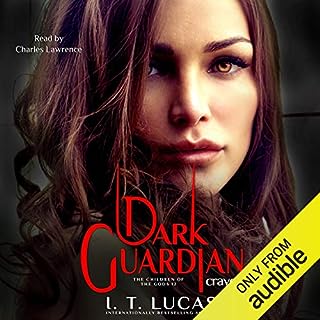 Cautious after a lifetime of disappointments, Eva is mistrustful of Bhathian's professed feelings of love. She accepts him as a lover and a confidant but not as a life partner. Jackson suspects that Tessa is his true love mate, but unless she can overcome her traumatic past, he might never find out. Carol gets an offer she can't refuse - a chance to prove that there is more to her than meets the eye. Robert believes she's about to commit a deadly mistake, but when he tries to dissuade her, she asks him to leave. This time for good. 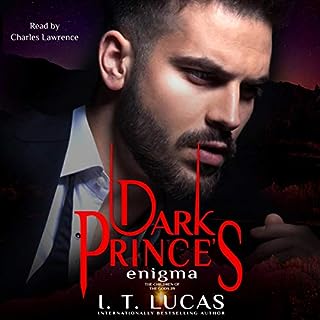 As the son of the most dangerous male on the planet, Lokan lives by three rules: Don’t trust a soul. Don’t show emotions. And don’t get attached. Will one extraordinarily woman make him break all three? 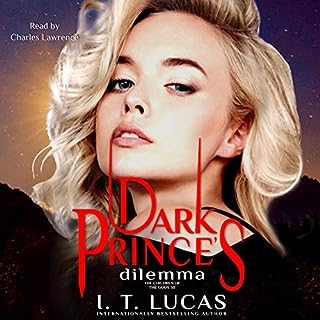 Would Kian decide that the benefits of trusting Lokan outweigh the risks? Would Lokan betray his father and brothers for the greater good of his people? Are Carol and Lokan truelove mates, or is one of them playing the other? 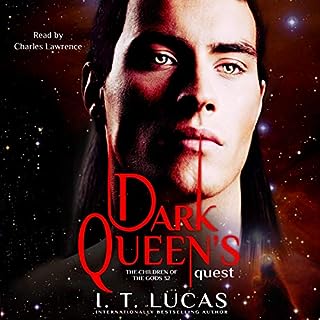 A former beauty queen, a retired undercover agent, and a successful model, Mey is not the typical damsel in distress. But when her sister drops off the radar and then someone starts following her around, she panics. Following a vague clue that Kalugal might be in New York, Kian sends a team headed by Yamanu to search for him. As Mey and Yamanu’s paths cross, he offers her his help and protection, but will that be all? 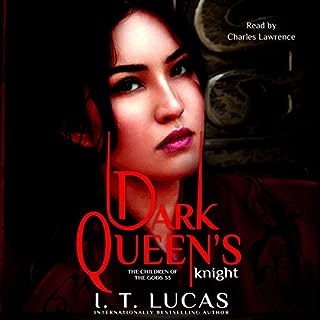 As the only member of his clan with a godlike power over human minds, Yamanu has been shielding his people for centuries, but that power comes at a steep price. When Mey enters his life, he's faced with the most difficult choice. The safety of his clan or a future with his fated mate. 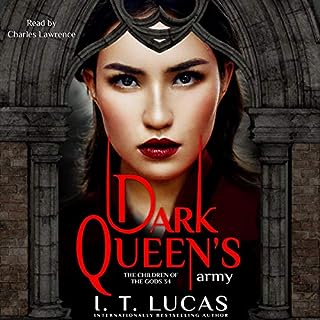 As Mey anxiously waits for her transition to begin and for Yamanu to test whether his godlike powers are gone, the clan sets out to solve two mysteries: Where is Jin, and is she there voluntarily? Where is Kalugal, and what is he up to?

As Turner and Bridget’s relationship deepens, living together seems like the right move, but to make it work both need to make concessions.

Bridget is realistic and keeps her expectations low. Turner could never be the true-love mate she yearns for, but he is as good as she’s going to get. Other than his emotional limitations, he’s perfect in every way.

Turner’s hard shell is starting to show cracks. He wants immortality, he wants to be part of the clan, and he wants Bridget, but he doesn’t want to cause her pain. His options are either abandon his quest for immortality and give Bridget his few remaining decades, or abandon Bridget by going for the transition and most likely dying. His rational mind dictates that he chooses the former, but his gut pulls him toward the latter. Which one is he going to trust?

What listeners say about Dark Operative: A Glimmer of Hope

Love Turner and Bridget !! what a great pairing. and a great story line I have listened to all these books so far and I am looking forward to the rest of the books..Totally Addicted.

Talk about an Incredible series!!!!!!

I found this series on accident because I prefer to listen to the sound of a man's voice.
So thankful that I did!!!

This series has kept me company on my commute, entranced, falling in love with the characters along the way.
We need about 20 more books in this series! I hope it doesn't end anytime soon and that the author keeps writing!

the narration leaves so much to be desired. Charles Lawrence knows nothing of women or how they sound/speak.

When will Turner finally turn???

This book focuses on Bridgette and Turner and a few of the other characters. I feel like some of the others like Sharon and Robert are okay, but I am looking forward to possibly something with Jullian, Bridgets son the doctor and possibly a love story for Annani in the future. Of course not knowing if Turner will turn into an immortal or not keeps the suspense. I’m on to the next book!

I can’t stop listening to this series. It’s like your there with the characters. This series is a must read!!!!

This is a paranormal romance and is the eighteenth in the Children of the God series and the second in the Dark Operative trilogy. Turner has fallen into his own trap where the fiery Doc is concerned. Both are in uncharted waters, neither have been in a relationship before. He is attempting chemo prior to the transition giving him the best odds. He is possibly to old to transition, being sick keeps you from transitioning… he is looking at death anyway he goes. All he wants to do is live and love Bridgette. Another compelling story from Ms. Lucas, kudos.

Warning, this series is highly addictive! I.T. Lucas does an amazing job of weaving stories together. A passing comment in one book may lead to a new storyline many books down the line. I am excited by each new and continuing story she writes. This particular book is the continuation of Bridgette and Victor as well as Sharon and Robert’s stories. Don’t miss this series!

Quirky couples and their love interests

I. T. Lucas’s continuation of Turner and Bridget’s relationship kept me in suspense about what would happen in order for them to get their happily ever after! There are several quirky couples with well matched love interests! Turner is emotionally stunted and has very strong opinions about what is required to be a man while Bridget is more open minded. Their jealousy and possessiveness of one another works well within their relationship because they are openly honest about their feelings with each other.

I also liked how, although quirky, Robert and Sharon complement each other. I thought it was great that Sharon didn’t freak out by the revelations Robert shared. I like this series and the connection between the couples, friends and family. Can’t wait to listen to more of the series!

I love this series but I feel like it is the same story but still different, everyone trying to find their mates