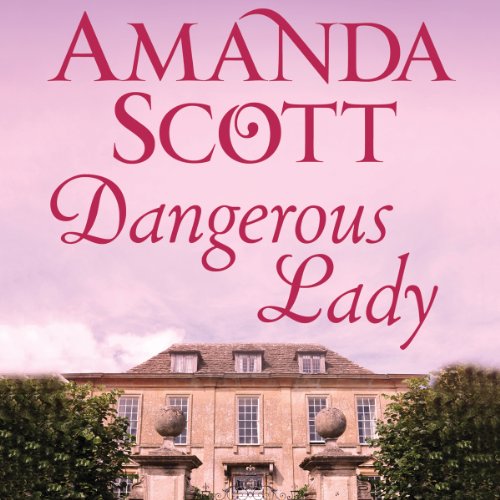 The final audiobook in Amanda Scott's Dangerous series introduces one of her most unforgettable heroines - a woman determined to live on her own terms.

Accompanied by her chaperone, her dresser, and her adored pet monkey, Lady Letitia Deverill comes to London to serve as maid of honor to the young Queen Victoria. An impassioned Tory in a sea of Whigs, Letty has no intention of changing her political views.

The headstrong noblewoman soon discovers she has enemies at court, and none more formidable than the powerful - and irresistible - Viscount Justin Raventhorpe. Justin, a staunch Whig, is enchanted by this outspoken woman.

Brought together by a mysterious shared inheritance, Justin and Letty give in to their mutual desire. As scandal threatens their passionate union, a deadly conspiracy against the throne thrusts Letty into mortal peril, and Justin realizes how far he'll go for a love that has become his most dangerous obsession.

What listeners say about Dangerous Lady

I found the characters uninteresting and the story to much like a school lesson. This book was not even close to book #3 . It seems this series alternated between first a good book then a bad book, then a good and bad again. I was definitely disappointed.

I find that the narrator makes the listening difficult . A good storyteller, but the exaggerated 'upper class' English accent used is grating and stilted.
If it could be a little less forced it would be easier on the ear.
I have found this with the other Dangerous series books too.......but I love the Author so I keep struggling

Was Dangerous Lady worth the listening time?

This was a fun story.

The narrator let it down, as each time she mispronounced an English place name I winced. Please note that Chiswick has a silent W, Buckingham has a silent H and Grosvenor has a silent S.