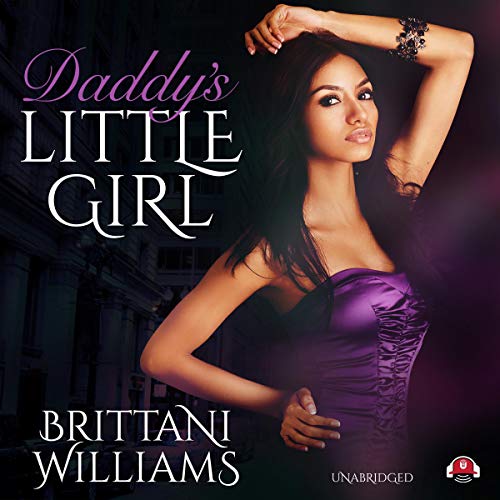 By: Brittani Williams
Narrated by: Misty Reign
Try for $0.00

Giselle Doran is a daddy's girl - a sexy 18-year-old siren who's all about the Benjamins. Her father is a king in the drug distribution game, and she views him as the perfect man - the type of man she wants to marry. When she meets Shawn, she thinks she's found the one, but when she becomes his wife and things start to spiral out of control, she learns that being hood royalty doesn't come without a price.

Mimi Gordon is not attracted to drug dealers - or men at all - until Tony comes along. He provides her with a lavish lifestyle, and once she's had a taste, Mimi is hooked. When Tony leaves her high and dry, it's no problem. She just moves on to James. He's recently released from prison, with big plans to become a drug kingpin, and Mimi is ready to go along for the ride. Mimi's blissful life unravels, however, when James acquires a new plan of action that takes over, turning her life upside down.

Giselle and Mimi cross paths in the most unusual way. Eventually, both women will be forced to make life-changing decisions when they find out their men aren't who they thought they were. Follow these women through their struggle to survive against men who destroy everything thing they care about.

Overall the story was okay at first I didn’t know what the direction of were the book was going and who was who character wise. I was turned off a little bit by the narrator it seemed like either she was trying to catch a breath in between sentences or she had a hard time talking and swallowing her saliva. It was a little annoying but other then that it was ok!

The story was good! I enjoyed it from start to finish!! The Narrator was good also.

I was SOOOOO confused.

I was skeptical about this read because even though Misty Reign has gotten alot better, she still hasn't learned where to put her inflections when narrating. On top of that, I got confused about James/Sean and who he was with, fooling around with, reason for what he did just (I know, it just didn't make logical sense the way it was presented in the book) Um...read if you just wanna have some white noise.

It as an okay story, kept me somewhat entertained. I downloaded this books in the fall of 2020 and I now decided to listen to it all the way through after starting and stopping sooooo many times because of the narration. Today is April 5, 2021 so yeah, I was THAT annoyed. I could not immediately tell when the characters switched but the story itself was not bad.

Uses the N word soooooooo much. I hate that word. I don’t know what else to say about it.

The narrator was the only good thing in this. I couldn't even finish.
Not my thing at all

This was a good read. I knew that James/Sean was going to be a fool from the first time he was introduced in the book. I wish things would have turned out differently for MeMe but she kinda messed that herself.

Love It! Performance was great!
Very Good Throughout! Most Memorable Moment "The Mother Standing Up for what's Right!