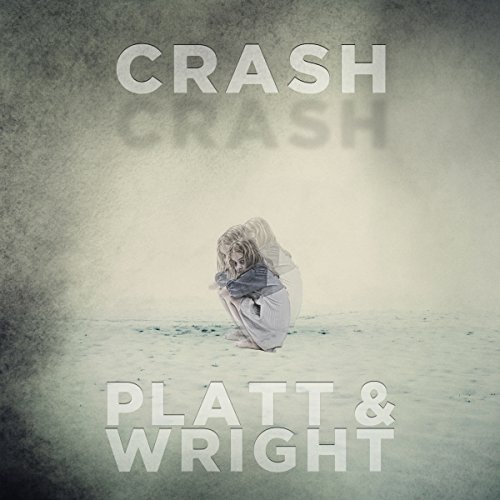 By: David Wright,Sean Platt
Narrated by: Ray Chase
Try for $0.00

From the creators of the number-one horror and sci-fi series Yesterday's Gone comes their first non-series book, Crash.

Sometimes the ghosts that haunt us most aren't the dead.

It has been nearly a year since writer Thomas Witt lost his daughter in a horrible car accident which nearly killed him. He and his wife are attempting to have another child and put their lives back together.

However, he can't move on.

In addition to his daughter, there's something else missing - specifically his memories for six months prior to the accident.

He finds himself obsessively drawn to accident scenes where he photographs the carnage in attempts to reclaim his memories.

But what he finds in the photographs may just destroy him.

Crash is the first non-series book from The Kings of the Serial and best-selling authors, Sean Platt and David Wright.

What listeners say about Crash

This was a great stand alone book and

Well worth the money spent on it. As a matter of fact - I just got through listening to it for a second time, which is a rarity for me.

A story with layers and pathways that I enjoyed.

Great storyline and plot twist that certainly came from left field! The narrator is superb and brings out the darkness and morbidity from the story. A really great read that you will enjoy immensely!

Four hours hooked from the get go

I ended up here for Sean Platt and Ray Chase via The Beam seasons 1 & 2.

Quality over quantity in regards to the length of 4hrs play time. Story touches on emotional topics that I can relate to. These topics are not happy. The conclusion kind of jumped the shark IMHO. I read previous reviews of a twist but wtf man, wtf. Ray Chase is a great narrator with flexibility and consistency. His dramatic tone is what I was looking for but I didn't expect his flexibility as with female and child voices.

Author's note at the end was very cool and interesting.

I recommend for a quick fix. Save for a rainy day otherwise.

2 thumbs up to the authors. I never expected that ending. story had me pulled in from page 2

Sad but a good story

This is now my favorite of all the books that I've listened to from Sterling & Stone.

It kept me on the edge of my seat trying to figure out if the main character was sane or crazy right until the (believable) twist ending.

Not really but it kept me interested. And the ending is totally unexpected; definitely thought provoking.

His voice is amazing. Easy to listen to and none of that silliness that can come when some narrators change their voice to read for a feminine character

Where does Crash rank among all the audiobooks you’ve listened to so far?

I have hundreds of books, both audio and actual books this one was so great!! Haunting and sad, twist ending, love the narrator!!

The narrator had to be my favorite one so far!

Yes, I literally couldn't get any work done until I had finished it, thankfully it's a pretty short book

one of the best books I've read in a while
couldn't have been better! it is definitely a 'must read'. i finished it in one night

This book was tough to wrap my mind around at first but the twist in the end fooled me and that almost never happens for me. I thought that the gentleman was dead. Nice finish. Very important topic. Loved the listen.