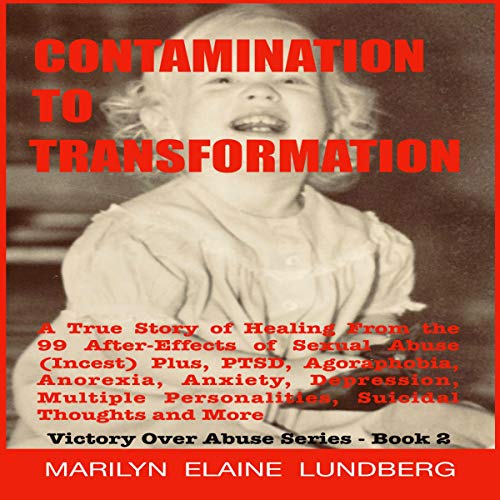 If you have suffered trauma due to war, an accident, illness, abuse, or anything else, I am quite certain your trauma details will be different from mine, yet many of our symptoms may be surprisingly similar.

For 18 years of my life, I dealt with harm daily. I suffered over 40 years with a substantial assortment of trauma-related manifestations. I had no understanding of what was wrong with me, since most of my pain was lost in a fog of forgetfulness. I personally suffered from the following disorders:

The devastation of the above problems began when I was a child and lasted until I was in my mid-40s. I know my story sounds bleak thus far but don’t be discouraged. Peace, laughter, joy, and happiness eventually came my way.

My personal traumas came from three different long-term sources. Incest was the first form of trauma which resulted from two family members. The second area of harm to me was due to faulty care and nurturing from a mentally ill parent. Lastly, bullying occurred at school during my formative years and affected me greatly. All three areas of abuse proceeded to bring on the above disorders within me.

What listeners say about Contamination to Transformation

WIKIPEDIA IS NOT VALID AS A REFERENCE EVER

WIKIPEDIAis NOT VALID as REFERENCE NOR WILL IT EVER BE SINCE for 1; its editable by anyone from anywhere (meaning I could for exmple change the name of a mental illness like Bipolar to "Occasional Psychopathic disorder" & anyone who can get to the site Wikipedia has the ability add or delete anything and write whatever they want and it will stay with the potentially dangerous incorrect information for days weeks or months depending on when the Wiki employees catch the incorrect info. I appreciate your story but really really I hope youve not used the DSM5 or any previous version to self diagnose or tell others what illnesses you think they may or may not have 'unless you're a current licensed/
board certified Physician recognized by the US federal gov. At the very minimum medical Journals as well as a reputable dictionary & published scholarly journals should have been used to site "Facts"
In anvanced college prep writing in 2004 as a HS senior amwe could only use professional published journals in 2004. Then at University of Wisconsin until 2008 my peers and me would be put on scademic probation if we attempted using WIKIPEDIA which was viewed as false info and considered plagerism since the info was not based on studies but rather opinions of random people who were able to edit as they wished . very misleading.

struggled to listen, got tiered of her talking about what WHikipidea says about her condition. Not worth a penny...sorry