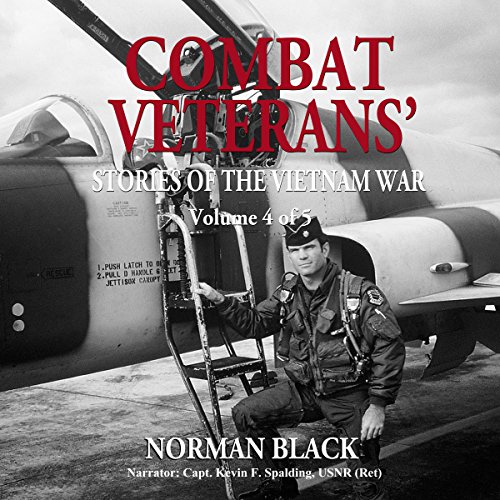 This volume contains 17 autobiographical stories. The first begins on December 31, 1968, with a US Army infantryman on search and destroy missions in the Mekong Delta. It ends with the story told by the US Marine Corps officer who was in charge of the Marine Corps’ evacuation of Phnom Penh, Cambodia, and Saigon in 1975.

Other stories include those told by an air force flying officer who flew dive bombing missions in North Vietnam, an army combat engineer, a navy corpsman, an army infantrymen, an Australian soldier, and a navigator on a B-52 that flew Linebacker II missions. This volume also contains information about the armed forces of other nations that were allied with the United States in the fight against North Vietnam.

Volumes 1-4 of this series contain combat experiences told by 57 Vietnam War veterans. Volume 5 contains the United States' explanation for the war, a review of the war and US armed forces in it, and various problems during it. There is also information about POW treatment, POWs and MIAs, the CIA and the drug trade, war crimes, moral injury, and history lessons not learned.

This book was Very well written,and it's hard to put down for a rest very happy with this purchase you will not be disappointed