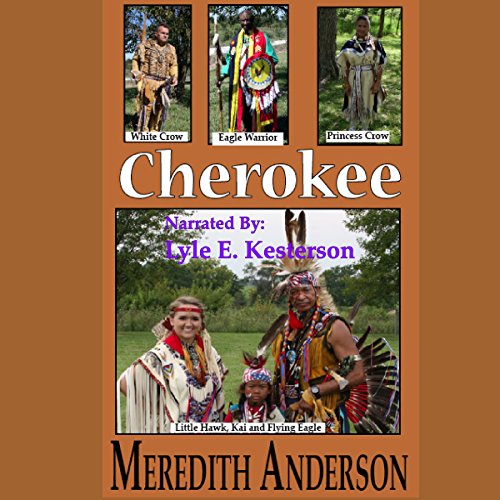 By: Meredith I. Anderson
Narrated by: Lyle E. Kesterson
Try for $0.00

Cherokee: A wonderful people with a history longer than sand has passed through the hour glass of time. The nation's economy, like that of other southeastern tribes, was based primarily on agriculture; they were farmers growing corn, beans, squash, sunflowers and tobacco. Because of the abuse they had suffered at the hands of the Iroquois and Delaware, they practiced the art of war. Using their bows and arrows, they hunted bear, elk and deer. For smaller game, like turkeys, waterfowl, raccoons, rabbits and squirrels, they used long blowguns. This was a cane-stem into which a small wooden dart with feathers was inserted. The tribes of the Cherokee were matrilineal or matriarchal. This is defined as a form of hereditary succession or other inheritance through which the subject's female relatives are traced back in a matrilineal line.

What listeners say about Cherokee