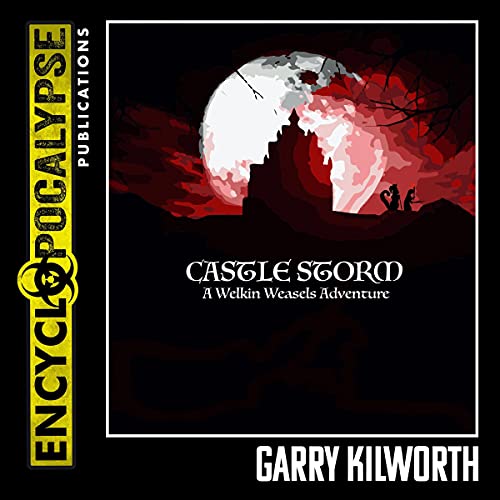 By: Garry Kilworth
Narrated by: Matthew Leiper
Try for $0.00

The land of Welkin is in trouble! Not only is it at risk of flood, but now, the rat hordes are on the move, fighting to gain dominance over the other animals.

Sylver's search for the elusive humans - their only hope - leads him and his intrepid band of weasels to an enormous ruined castle, deep in the heart of the bleak flatlands of Darkmoor. Here, he meets Clive of Coldkettle, the leader of the red squirrels, in a state of permanent war with the grey squirrels.

Can Sylver succeed in his quest whilst caught in the midst of such a savage conflict?

What listeners say about Castle Storm

Loved it, will defo be listening to it again ! Adorable characters, Great Story 💯