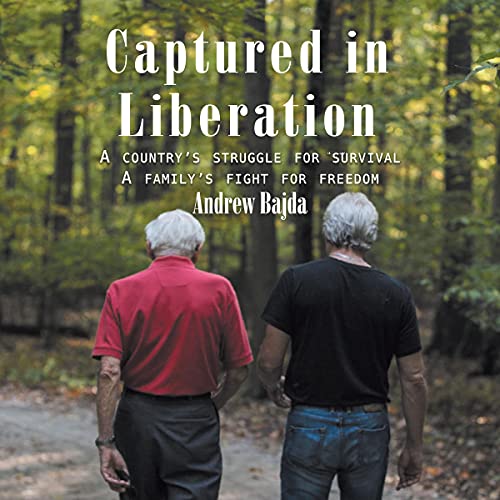 By: Andrew Bajda
Narrated by: Jonathan Waters
Try for $0.00

In a quiet northern England village, 13-year-old Iris moves into the household of a strict uncle following the illness and loss of her mother. Farther away across the English Channel, a mountainous storm is brewing. Fifteen-year-old Ian leaves home with his family on a horse-drawn carriage to escape impending Nazi invasion, only to face yet more danger and peril from another invader. So begins a fascinating journey that leads Ian on a quest to liberate his beloved Poland from both German and Russian occupation.

His quest will cross through Europe's vast mountain ranges and captivating cities, leading to friendships, forced labor, capture, escape, and unexpected encounters around every corner. A front-row seat encompassing World War II's broad canvas, from his brother Stefan's desperation in the hinterlands of Siberia to the promise of a resurging Polish Army in Italy. When an Allied agreement surfaces and Polish soldiers of Anders' Army face the grim reality that there will be no liberation of their homeland, Ian is sent to Scotland, unaware that a spirited young lady in England's Lake District awaits him.

This spellbinding story captures the power of freedom and the enduring strength of family. A son's discovery of his father's long-hidden story comes alive, before it is gone and lost forever. A true story that continues to unlock secrets that further bind the family, from both the past and the present.

What listeners say about Captured in Liberation