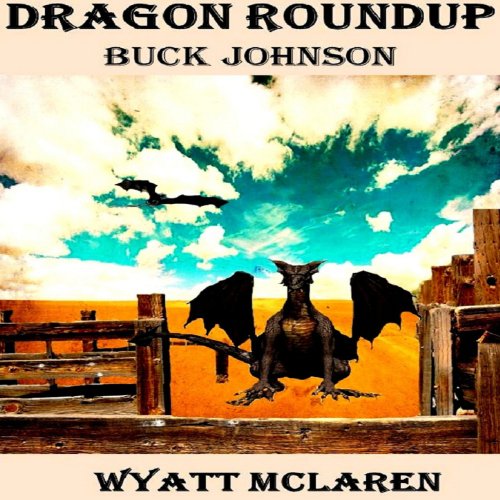 Buck Johnson: Dragon Roundup is the fifth short story (and maybe the best one yet) in the Buck Johnson series.

A successful dragon drive two months ago should have filled Buck Johnson's and Skeeter Evans' pockets. And it did - for a few weeks. Now they're back to wrangling dragons to recoup their losses, attempting to round up unclaimed dragons in the mountainous Leptok Territory. But rogue dragons and just sheer bad luck make this little venture more challenging than either of them expected. That's why Buck grudgingly accepts help from Snort Jones, as well as from the Terullians Karlok and Xerlax, and welcomes an unsought and utterly unexpected development - something he thought was forever behind him.

Think of Star Trek, The Rounders, and a little Lonesome Dove, all shaken together and poured out, and you'll have some idea of what you're about to taste when you step into Buck Johnson's life. It's a wild mix of fantasy, action/adventure, western, and science fiction.