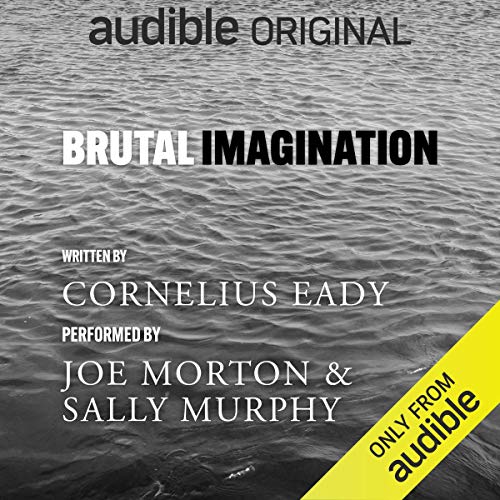 By: Cornelius Eady
Narrated by: Joe Morton,Sally Murphy
Try for $0.00

Cornelius Eady is the author of Brutal Imagination, finalist for the 2001 National Book Award in Poetry. The play, based on the book, premiered at the Vineyard Theatre in New York in 2002, and received The Oppenheimer Award. In addition to Brutal Imagination, Eady has collaborated with jazz composer Deidre Murray on several theater pieces, including Running Man (finalist, Pulitzer Prize in Drama), You Don't Miss Your Water, and Fangs.
Eady is also the author of Hardheaded Weather (2008); the autobiography of a jukebox (1997); You Don't Miss Your Water (1995); The Gathering of My Name (1991), nominated for the Pulitzer Prize; BOOM BOOM BOOM (1988); Victims of the Latest Dance Craze (1985), chosen for the 1985 Lamont Poetry Selection of The Academy of American Poets; and Kartunes (1980).
In 1996, Eady and the poet Toi Derricote founded Cave Canem, a nonprofit organization serving Black poets of various backgrounds and acting as a safe space for intellectual engagement and critical debate. His honors include an Honorary Doctor of Fine Arts from the University of Rochester, the Prairie Schooner Strousse Award, a Lila Wallace- Reader's Digest Award, The Literarian Award from the National Book Foundation, The Elizabeth Kray Award from Poets House, and fellowships from the Guggenheim Foundation, the National Endowment for the Arts, and the Rockefeller Foundation. Eady is also a songwriter and musician, collaborating with his folk trio and band Rough Magic. He has served as director of the Poetry Center at SUNY Stony Brook and director of the MFA Program for Writers at the University of Notre Dame and as the Miller Family Chair at the University of Missouri in Columbia.
In fall 2021, he will become Chair of Excellence in Poetry at the University of Tennessee in Knoxville, a position previously held by the US Poet Laureate Joy Harjo.
Joe Morton
Sally Murphy

Joe Morton is an Emmy Award-winning film, television, and stage veteran, best known as Rowan/Eli Pope in Shonda Rhimes's groundbreaking series Scandal. He most recently starred as Reverend Arthur Finer on the series God Friended Me and recurs on The Politician. Morton is also known for his iconic roles in the films The Brother from Another Planet, Terminator 2: Judgment Day, Justice League, and Speed, among many others. He made his Broadway debut in the Tony Award-winning musical Hair, followed by his starring role in Raisin, for which he garnered a Tony nomination and Theatre World Award. In 2016, Morton returned to his theater roots, portraying the iconic comedian Dick Gregory in the one-man show Turn Me Loose Off Broadway and was honored with the NAACP Theatre Lifetime Achievement Award. He reprised his role in Turn Me Loose at The Wallis-Annenberg Center for the Performing Arts in fall 2017.

Sally Murphy has appeared extensively on Broadway, and in film and television. Her many Broadway credits include August: Osage County, The Minutes, Linda Vista, The Wild Party, Fiddler on the Roof, The Grapes of Wrath and Lincoln Center’s Carousel, where she starred as Julie Jordan. She has appeared Off Broadway in various productions at The Public Theater, Atlantic Theater, Signature Theatre, and Vineyard Theatre, among others. Murphy is a member of Chicago’s famed Steppenwolf Theatre Company, where she has appeared many times, and has also performed at London’s National Theatre and in Berlin, Vienna, and Sydney. Her film and television credits include Succession, Chicago Med, Law & Order SVU, The Good Wife, Scent of a Woman, Fearless, If These Walls Could Talk, and Pollock. She resides in New York City and is a graduate of Northwestern University.
ORIGINALS

A look at systemic injustices and crimes against the Black community that remains unchecked and unchanged.

These memoirs show the depth and breadth of the Black experience in the United States.

What listeners say about Brutal Imagination

I’ve never given a 1 star review, there’s usually something redemptive, but this has nothing. A woman and man read nonsensical phrases with incongruous and excessive emotions. It may be a kind of poetry?

I well recall the event that seems to have inspired this production as it occurred nearby to me and is probably still what Union County is best known for. Within a couple days of the children’s disappearance, it was locally known that Susan Smith was lying. The consensus at my workplace was disappointment that Susan’s story abandoned the traditional Southern trope of space alien abduction in favor of black-man carjacking. We knew this would allow national media to play up negative southern stereotypes. At the time, carjacking events were copious and “disproportionately affected people of color “ so didn’t fit the Media Narrative but a white-trash story where a black man didn’t commit the crime was newsworthy.

There were no black people involved in the incident and the word “black” was just Susan’s crude but natural attempt at verisimilitude. This dramatic work doesn’t seem to relate to the original event in any meaningful way. (It would be more entertaining with space aliens and just as relevant.)

With no expectation, with no bias, with no guilt, with no anger, with no finger-pointing or stones in hand to cast...from a place of loss, disappointment, desperation, and impressions not of your own choosing...just listen...not just to this (I won't classify) but to echoes of thoughts and conversations about this and the parallel echoes this invokes. This is an opportunity to empathize with both sides of a topic we aren't comfortable with and possibly be gentle when we have to do so in the future. We've all been misunderstood. Let this be a start of relating to that feeling and seeking to understand before judging. This is a lesson we hate to admit we get wrong but desperately need to learn.

Everyone should hear this. It touches on practically every frightening issue in society, while still managing to entertain—although you may almost feel guilty that you were entertained.
Never has a true crime story affected me as much as this one told so poetically yet effectively. Thank you to the author for touching on mental illness, racism and even the demonic that can enter a so called innocent small town girl. Great job. Just wish it had been longer because I didn’t want it to end! Joe Morton’s narrating was also magnificent.

Feels like the first time I heard about it SPOILERS

This was a masterpiece by all involved.

This is a horrific story and this new POV makes it worse.

Susan is the MONSTER in this stories in so many ways. She still is according to news reports.

Bravo to everyone involved in this production.

The narrators were perfect!

One of the worst Audible Original presentations I have ever heard. Poorly written. Poorly narrated. Overacting to the point of parody. Lousy special effects. Annoying music. Not a single redeeming feature .... except possibly that it is relatively short and thus reduces the suffering of the listener. Don’t waste your time on this one, folks.

I couldn’t keep listening. The narration is awful. I couldn’t focus on what they were saying because of the haulting speech and variations in tone.

Compulsively listenable. I listened through noise cancelling headphones with my eyes closed and let the actors bring this exquisite production to life.

way over the top🤣

The performers of the story are just way over the top, kills the story. a.

Not my favorite. I didn’t enjoy the production aspect of the story. I finished it only because it wasn’t too long. Otherwise I don’t think I would have finished it.

Terrible haunting tragedy in so many ways.

Thank you to the author.
This was a perfect dramatic performance of an incredibly difficult subject for white ears. And I can only imagine the difficulty for ears not like mine.
It is hard to see your subconscious self. But this performance helps me to maintain empathy and understanding of the terrible things that lay behind my conscious understanding.
Thank you.