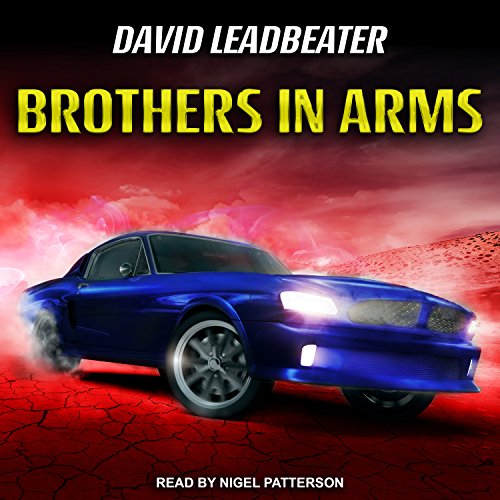 By: David Leadbeater
Narrated by: Nigel Patterson
Try for $0.00

Whilst en route to investigate an assassination threat, Drake and Mai Kitano are blown out of the skies and cast adrift in a storm-tossed ocean before being marooned on a deserted island.

Back home, the clock is ticking, but the deadly jigsaw puzzle of events refuses to fit together. Assassins stalk the streets of Washington DC. Civilians are being murdered by ordinary-seeming Americans turned expert killers, for no apparent reason.

Hayden and her team search for the fateful link between five total strangers. Mai tries to almost single-handedly capture the enemy island, and Drake storms his way over land from North Korea and across China and Europe, destroying a human trafficking ring as he goes.

As the pieces finally come together and time is running out, the new team are thrust into a literal race against time: a deadly interstate contest of vehicular warfare, where only the hardest, fastest, and most capable men and women will make it out alive.

What listeners say about Brothers in Arms

My rating of Brothers in Arms may be unfair...

...because it is the 5th novel in the Matt Drake series and I have not listened to any prior book in the series. Author David Leadbeater is a very successful self published author of novels of the mystery/thriller genre. In this novel Matt Drake and Mai Kitano routinely do the impossible. There is near constant action and lots of killings of bad guys. In this genre novel suspense is important. The author builds mild suspense again and again, but he does not sustain suspense. Nigel Patterson's narration is excellent.

The books seem to have ever more moving pieces as the characters no longer need to be grouped into a single large team to manage their objective. This shows the strength of the characters, as well as the plot development as both become more well defined and engaging. The series is a winner. I'm on to the next in the catalog.

Action thriller with a fast pace and several twists in the story.
Nice to listen.

loved these books have to read all 5 books in order to get the whole story can't wait for the next one.