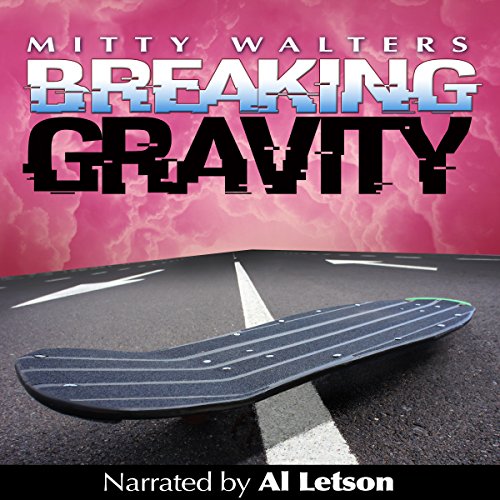 By: Mitty Walters
Narrated by: Al Letson
Try for $0.00

It was just a hoverboard. Nobody was supposed to die.

Dale Adams has worked hard to leave his troubled past behind for a brighter future at Emory University. But when he makes a discovery that will change humanity forever, avoiding the spotlight becomes the least of his concerns.

Small experiments have attracted big attention. And not all who notice want Dale to be successful. Or even alive.

As Dale's world collapses around him, his fate intertwines with that of a girl he hardly knows. Their only hope for survival is to disappear into Atlanta's seedy underbelly, the very place Dale has tried so hard to leave behind. Time is running out, but if they can survive long enough, science will be rewritten by the most unlikely of authors.

What listeners say about Breaking Gravity

One of my favorite types of science fiction.... look what I made in the garage! Revolutionary! The story is mostly about the counter attack about of entrenched power mongers trying to keep their spot in the drivers seat. It so begs for a sequel. It’s an interesting view of Atlanta as well. Enjoy.

Discovery in a Dangerous World

The author creates a group of interesting characters. People you don’t usually see in the main stream book but a reflection of the fact that all people are similar and that there are people who are good bad smart and indifferent. He creates a world where you see intelligent useful people outsmarting the bad guys. A fun read with some attitude.

would have been great, but flaky sound levels

very good story and narration. needed a sound engineer or something. volume levels all over the place. use a compressor or something. chapter beginnings almost inaudible, with loud bursts here and there throughout. still a good tale

So good, I wish it was a series!

The writing style and the story progression kept my attention easily and had me spending all day listening. I started this book yesterday and have listened to it almost straight through.

I was also impressed with Al Letson's narration and his range of voices. He did an excellent job of differentiating all the voices, which brought the story to life for me.

Like R.C. Bray, he adds an element to a good story that's hard to describe, yet takes a good story to the next level. I'll definitely be looking for the next book from Walters.

A wonderfully written short sci-fi type novel. It really isn't sci-fi, more like adventure. It will have you laughing and put a wide Cheshire Cat smile on your face. Can't recommend it high enough for a little laugh.