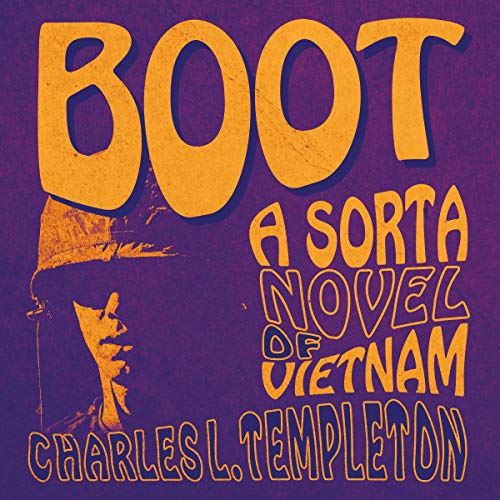 By: Charles L. Templeton
Narrated by: Eric Smies
Try for $0.00

The true test for surviving war lies in the mind, not on the battlefield. Inspired by the author’s own experiences of US military operations during the Vietnam War, Boot is a debut literary novel that charts the journey of marine George Orwell Hill, known affectionately as G.O. by his brothers-in-arms, as he comes to grips with the psychological impacts of war in the jungles and rice paddies of Southeast Asia.

Faced with military life, ranging from the sublime to the ridiculous, G.O. must navigate the absurdity of warfare and suppress his humanity to survive psychologically. The war challenges his presuppositions - about the world, about life, about himself - as soon as he lands in Vietnam. And his pondering deep questions about humanity becomes a fruitless task in a situation forcing him to accept life for what it is in every gory, absurd detail.

Boot is a credible contribution to new literary fiction about the Vietnam War, combining satire and psychology in historical fiction.

What listeners say about Boot

This narrator nailed the nuances of all the crazy characters. He made candy & cockroaches as relatable and real as any man or woman. The book is full of so many interesting stories it’s a must listen.