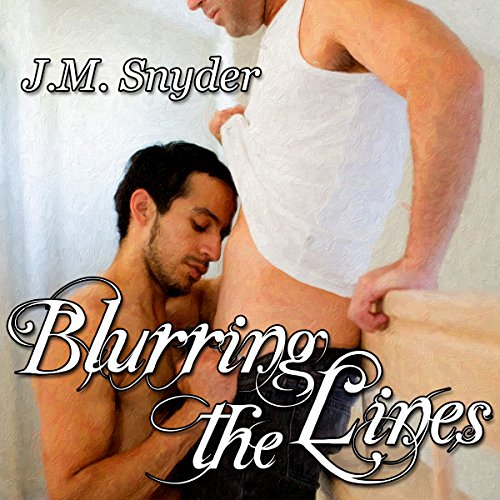 Greg is straight but makes easy money offering his services to gay men online. He's inexpensive but has a few ground rules: never reveal his real name, never invite a client home, and never, ever, ever agree to more than three appointments with anyone. Ever.

RC is handsome, loaded, and lives in a big house in a swanky neighborhood. Greg doesn't understand why such a guy needs to pay for companionship, but RC's been burned by men who are only interested in his money, and paying someone takes off the pressure of maintaining a relationship.

Their first appointment goes well, and they schedule another. But Greg is surprised when RC calls him a few days later just to hang out. Greg doesn't pal around with his clients; it's strictly business. But there's something about the guy that makes him say yes.

At dinner, RC introduces himself as Ryan, and Greg breaks his own rule and shares his real name, too. By the end of the evening, the lines between client and friend have begun to blur. Does this count as their second appointment even if they don't have sex?

By the time they meet up again, Greg is half in love with Ryan. Will this next appointment be their last, or will Greg embrace something he didn't even know he was looking for?

What listeners say about Blurring the Lines

Abrupt Ending ruined it for me

Good story as far as it went, good narration. But it was if the author had hit a set one hour limit, and basically said “and they lived happily ever after, the end”. Annoying, I won’t be looking at other books by this author.

Would you listen to Blurring the Lines again? Why?

Yes, I like the narrator and the writing has some clever word play.

There were only two characters. Both had equal importance in the story plot. Both needed more development then the short story format allowed.

This is an interesting take on a well-trodden pay-to-play leads to a personal epiphany theme. The author has some interesting word play that provokes a grin or a chuckle from time to time. Clever writing is a big plus. The feel and tone is good heartedly warm. The development of the story happens, a bit, too fast; cramped by the short story format. I would have liked a bit more character development and background then the format allowed.

The choice of narrators was very good. Klaus von Hohenloe puts a lot of expression into his well tamboured voice. He has an ability to suggest more than one character believably.

wish it was longer

I loved the book. I wish it was longer. I like the feel it reminded me of pretty woman. I would like to know if he fell in love deeper with him when they went all the way or if got married. the story was wer done😁

Hilarious, I loved it

I can't believe it ended with the L word. Haaaaa. But I'd totally read the sequel.

The ending of the book should be where the story started. I was hoping for more interaction between the main characters,

A straight guy who sells blow jobs for cash but states no ass play or sex.

A super rich guy RC aka Ryan who is gay but likes straight guys to ensure "dates dont get attached".

They share a bj and then RC wants to "hang out as friends".

Suddenly straighty isn't so straight after all and things get 🔥🔥🔥. They spend more time together and as the saying goes they lived HEA.

For the record this wasn't one of those unbelievable stories where they turn a straight guy. It is very obvs that this guy was in big time denial. It's a very short believable cute story. Now if only it were longer that would be great. Definitely worth a listen.

The narrator did an ok job. Nothing spectacular but it's hard to judge such a short performance so I'll just rate it as average.

The internal dialogue was delicious. The sex was hot The conclussion made me grin. viva le differance

But I'm not...Blurring the Lines is a quaint short story that brings into question the need for labels. Connections are so much more than a label. I thoroughly enjoyed this story and how I would love to have such an adventure towards a HEA.

Would you listen to Blurring the Lines again? Why?

Yes, if I want something short and can't find anything else.

Would you be willing to try another book from J.M. Snyder? Why or why not?

Yes, this is the first I've read, and for a short story it held my interest. I would like to read something longer with more character development in the future.

What about Klaus von Hohenloe’s performance did you like?

I liked the narration and style. I would listen to other audiobooks with this narrator.

Glad this was in the Romance Package, I would not have listened to it otherwise since it's so short. I felt listening was worth my time. I hope the author has other works available for me to explore through Kindle Unlimited.

Would you be willing to try another one of Klaus von Hohenloe’s performances?

With the right book for his voice ? Yes, but this book was not.

Could you see Blurring the Lines being made into a movie or a TV series? Who should the stars be?

Matt Bommer and one of the Franco boys

Good story, ok narrator but not for this book.

It's short and sexy and I wanted more. It was also perfect. The narration was flawless.