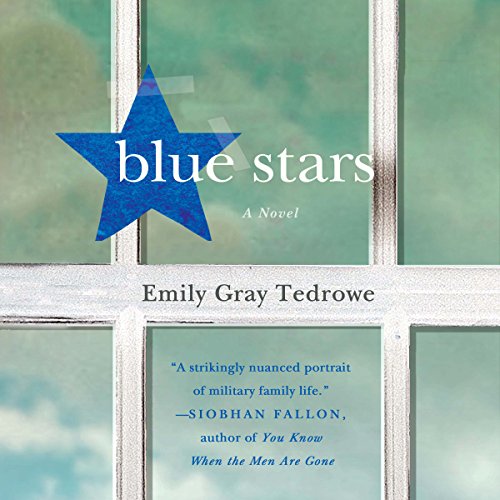 Emily Gray Tedrowe has written an extraordinary novel about ordinary people, a graceful and gritty portrayal of what it’s like for the women whose husbands and sons are deployed in Iraq.

Blue Stars brings to life the realities of the modern-day home front: how to get through the daily challenges of motherhood and holding down a job while bearing the stress and uncertainty of war, when everything can change in an instant. It tells the story of Ellen, a Midwestern literature professor who is drawn into the war when her legal ward, Michael, enlists as a marine; and of Lacey, a proud army wife who struggles to pay the bills and keep things going for her son while her husband is deployed. Ellen and Lacey cope with the fear and stress of a loved one at war while trying to get by in a society that often ignores or misunderstands what war means to women today. When Michael and Eddie are injured in Iraq, Ellen and Lacey's lives become intertwined in Walter Reed Army Hospital, where each woman must live while caring for her wounded soldier. They form an alliance and an unlikely friendship while helping each other survive the dislocated world of the army hospital. Whether that means fighting for proper care for their men, sharing a six-pack, or coping with irrevocable loss, Ellen and Lacey pool their strengths to make it through. In the end,both women are changed not only by the war and its fallout but by each other.