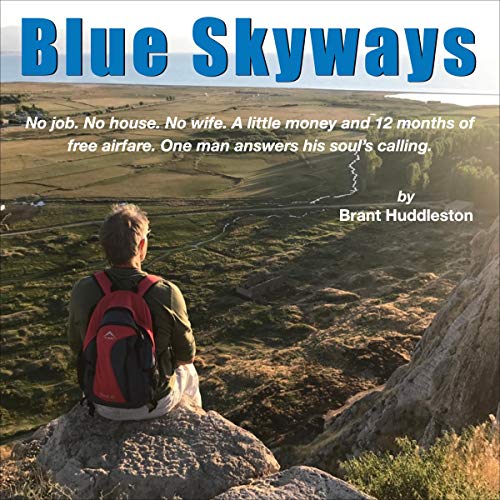 Thus began a year long journey that took me from the rocky coasts of Portugal, to the hot sands of Morocco, to the mangrove swamps of Panama, with many places beyond and between. In cheap hostels and the backwaters of the nomadic milieu, I discovered a treasure chest of colorful and fascinating people. I tell their stories and mine.

The trip became as much a spiritual and emotional journey inward as it was a literal outward one, and found me in a place those of you who are in the second half of life are likely to recognize.

With references to the philosophies of Carl Gustav Jung, Jesus, Bob Dylan, and the Buddha, Blue Skyways is an international romp by a man in his 60s with not much more than a pack on his back, and still much to learn.

Welcome aboard the Blue Skyways.

What listeners say about Blue Skyways