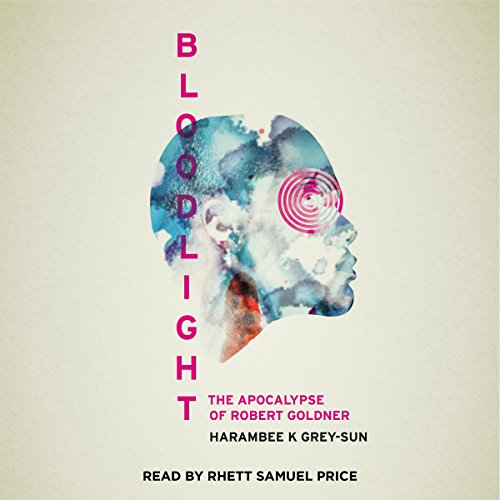 BloodLight: The Apocalypse of Robert Goldner

An African American teenager's alienation is taken to the extreme in this cross-genre prequel to the Eve of Light series. An utterly surreal and bizarre work of dark metaphysical fantasy.

Deep down, Robert Goldner knows he's a mistake. His mother told him so when he was just five years old. But he never found the courage to ask just what she meant before she was murdered under mysterious circumstances on his 11th birthday.

Now, on the eve of his 17th birthday, Robert is dead set on becoming a Virginia high school state wrestling champion in order to redeem himself once and for all, reversing whatever curse his mother saw within him. One of the few blacks on a predominantly redneck team, Robert has struggled for years to remain clear-headed and independent in a school divided by race and conquered by cliques. But when something from beyond takes possession of his body and mind, wrestling with his very soul, he may find his “birthday” to be a gateway to a horrifying truth about himself and the fundamental nature of reality.

Incorporating several subgenres of horror - including body, psychological, extreme, metaphysical, and weird - BloodLight is not for the casual listener. Strongly recommended for those already familiar with the Eve of Light series.

What listeners say about BloodLight: The Apocalypse of Robert Goldner