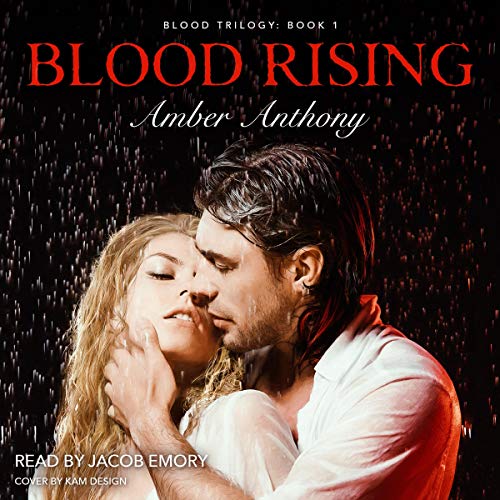 By: Amber Anthony
Narrated by: Jacob Emory
Try for $0.00

Drop dead gorgeous alive, Matt Brenner has never lacked for feminine attention. Undead, he's even more potent. Immortality would be stellar if only he accepted his life as a vampire. Matt and fellow vamp Richard Hiatt created a empire catering to Vampire/Doms and willing donor/subs who trade sexual ecstasy for blood. The clubs have made Matt's existence manageable, if uninspired.

Inspiration comes in the form of Catherine Temple.

Matt's made it a rule not to get emotionally involved with human women, and he sticks to it. Cat is the woman who can entice him to break all the rules. When Matt is introduced to a controversial drug that allows him a human lifetime with Cat, it's too exquisite to resist.

Powerful elements of the vampire nation are against it, and though Matt tries to protect Cat, love must be stronger than death.

What listeners say about Blood Rising

Blood Rising was a great intro into this series. it was packed full of romance, drama, and action. I was both cheering on and grumbling at Matt Brenner as he and Cat's relationship twisted and turned. His mentor Rick Hiatt had the unenviable position of trying to talk sense into Matt. The narrator, Jacob Emory was brilliant in bringing these characters to life. It was easy to forget it was just one person reading and not several with his ability to change his accent and voice.

Love the audio version. a great listen. like Appetite for Blood, kept me intrigued Fantastic

I previously read "Blood Rising" and loved it. Hearing it read by Jacob Emory though, truly brought the story to life in a whole new dimension! Can't wait for more of Amber's books to be on Audible, hopefully read again by Jacob. I love his voice!

Passion as sizzling as the sun

Amber Anthony doesn't disappoint in this first book of her Blood Series. You'll get swept into the spellbinding storytelling with the amazingly swoony voice of Jacob Emory. Cat and Mr. Brenner's love is like a drug. I found myself sad when I had to stop listening to the story and hurrying tasks to get back to it. Looking forward to the next chapter of this series, and hearing Jacob Emory's swoon-worthy narration bring these characters and their world to life.