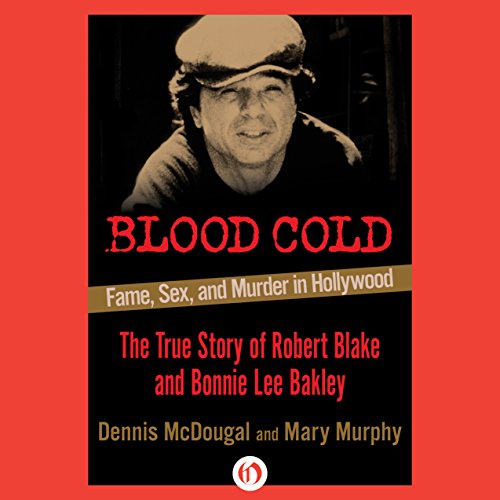 By: Dennis McDougal,Mary Murphy
Narrated by: James Conlan
Try for $0.00

The riveting true account of the 2001 murder of Bonny Lee Bakley, starring Robert Blake - the Hollywood icon accused of killing his wife in cold blood. In May 2001 Bonny Lee Bakley was shot to death in a car parked on a dark Hollywood side street. Eleven months later Robert Blake - her husband, the father of her child, and the star of the classic film In Cold Blood and the popular 1970s TV detective series Baretta - was arrested for murder, conspiracy, and solicitation. Did Blake kill his wife? Did he hire someone to do the job for him?

Award-winning journalist Dennis McDougal and entertainment-media expert Mary Murphy recount a real-life crime story more shocking and bizarre than any movie, chronicling the parallel worlds of Blake and Bakley, from their troubled youths to their sham of a marriage. By the late 1990s Blake was coasting on his past success. Bakley was a con artist who concocted online sex scams and victimized unsuspecting men, netting big money and dangerous enemies. In true noir style, McDougal and Murphy lay bare the stories of two violent people whose lives collided in a tragic tangle of abuse, betrayal, and love gone horribly wrong.

What listeners say about Blood Cold

Time for an epilogue?

There's a lot of great information here about the peculiar life of Bonnie Bakley and the history of Robert Blake. Conlan's reading of the work is very well done.

At this point this is an old case and the authors obviously spent a lot of time putting the book together. It certainly merits an epilogue explaining the outcome of the case, the civil case against Blake, Blake's ultimate bankruptcy and whatever has happened since. In finishing the book I felt compelled to look up the information myself as the book leaves you absolutely hanging. This may have been the right way to rush it into print at the time of writing, but you owe it to your work and to the public to update this with the latest information.

I hoped this would include information regarding the trial. WRONG. that is where it stops.

Where does Blood Cold rank among all the audiobooks you’ve listened to so far?

Definitely well written and informative.. biographies on all characters involved.. it fives a great visual while you're listening..

The biographical information and investigative work included in the story..

Yes..I managed to read the entire book in two sittings..

My favorite audible for the beach!!!!

This is one of the best audible books if you want a crazy true story that's not too scary. They both are human trainwrecks that could not seem to help themselves from colliding.
They both are a very interesting study of character.

I really enjoyed this book. True crime and very interesting. Liked narrator. More sympathy for poor Robert than the victim who was quite a grifter.