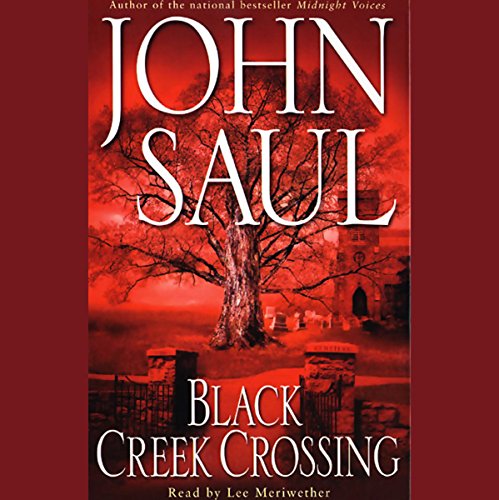 By: John Saul
Narrated by: Lee Meriwether
Try for $0.00

For most of her young life, 13-year-old Angel Sullivan has been on the outside looking in, enduring the taunts of cruel schoolmates and the angry abuse of a bitter father. Then Angel's family moves to the quaint town of Roundtree, Massachusetts, where a charming home is available, a promising job awaits Angel's unemployed father, and most of all, the chance to make a new start beckons to the shy, hopeful teenager. But when she is shunned by her new classmates, Angel falls deeper into despair. Until she meets Seth Baker (a fellow outcast), and a fateful kinship is forged.

It's Seth who tells Angel the unspoken truth about the legacy of murder that hangs over her family's home and the whispered rumors that something supernatural still dwells there. Uncertain whether the stories are true, and desperate to escape the torment of their daily lives, Angel and Seth devote themselves to contacting whatever restless soul haunts the dark recesses of Black Creek Crossing. But once they have begun, there is no turning back.

Guided by an anguished and vengeful spirit, they uncover the shocking events and centuries-old horrors that lay buried beneath the placid veneer of Roundtree. And along with the ghastly revelations comes a terrifying power, one that feeds upon the rage of the victimized, turning the basest impulses and most dangerous desires into devastating weapons. Now, the closer Angel and Seth are pushed toward the edge by their tormentors, the deeper they descend into the maelstrom of dark forces they've unleashed...and the more unspeakable the hour of reckoning will be.

A twist of fate for two young people who are outcast by the "popular" crowd and a house that welcomes their pain enough to share a dark a mysterious secret. If you like suspense then this is a good book and the ending shows you that sometimes - things come back to a full circle.

A good read on a rainy afternoon.

John Saul tells a tale that does not require profound thought to enjoy. This whimsical story will grab you since many, if not most of us, have been bullied at sometime in our lives. In this book...the little guy wins and is refreshing to say the least. Much of the plot is predictable but does have a few twists and turns to keep you involved in the plot. I say, "Get this book, read it and move on."

I've alwawys enjoyed John Saul's books, but this was the first one I've heard on audio. The reader did a very good job of presenting the book and distinguishing the characters in the process. Anyone who has read John Saul will enjoy the story. Anyone who is not familiar with him should give this a shot. It is well worth the time.

Interesting story, rather poorly done. John Saul's writing always seems childish on tone to me, not just because he is writing about children, but the narrative has that characteristic. This book is no exception.

It may be because of the abridgement, but characters don't grow, but jerk between one personality set and another.

The ending defies logic. There is nothing in these childrens' rather nebulous characters that would lead them to that action.

This was the very first book that I had ever listened to on audio. Love it

A great way to start my audio collection

My very first audio book and I could not put it down (or turn it off,what ever the case). It was just what I was looking for being a John Saul fan. Fast paced, easy to follow, and keeps you wanting more. This book will be a great addition to your audio collection.

Rather trite tale of teenaged vengeance

This book was essentially mental bubblegum, entertaining enough to listen to, but a ghost story without much suspense or horror. A picked-on girl from a poor family with an alcoholic father and piously Catholic mother moves into a house with a dark history, immediately becomes an outcast at school again, makes friends with a boy who's also a tormented outcast, and the two of them discover witchcraft. The rest of the story proceeds in utterly predictable fashion, to the implausibly bloody ending. The abusive parents and tormenting bullies are almost pure evil, to make sure the reader feels no sympathy for them. Stephen King told a similar tale much better in "Carrie."

The narrator's voice is fine for most dialogs, but for some of the characters, she adopts an annoyingly exaggerated tone of voice to convey the snideness or belligerence of the speaker. I'd rather she'd stuck with reading their lines straight.

black creek is the crossing of young lives

This was the first time I tried an audio book, and was immediately hooked. The narration was fantastic, you find yourself being drawn into Black Creek Crossing and emphasizing with the young people. Anyone who likes to read John Saul will enjoy.