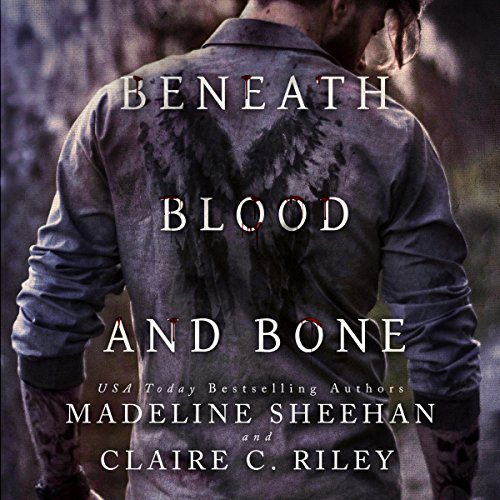 Beneath Blood and Bone

By: Madeline Sheehan,Claire C. Riley
Narrated by: BettySoo
Try for $0.00

It is the end of the world.

They call him Eagle, like the grand and beautiful bird that symbolizes freedom. During these dark times, when humanity is experiencing nothing but suffering, a man with such a powerful name should be a beacon of hope, yet he is anything but.

Her name is Autumn, but she hasn't said this name or much of anything else in the four years since the fall of civilization. A shell of her former self, living wild in a cave at the bottom of a ravine, Autumn is accustomed to being alone. She prefers it, actually, especially when her only options for company either try to kill her, or worse, to lock her up inside their walls.

Captured by Eagle's people, Autumn is suddenly thrust back into the land of the living, but she would hardly call it living. The community of Purgatory is full of sinners, the most evil of whom seem to have set their sights on her.

In an act born of anger and defiance, Eagle becomes Autumn's unexpected savior, forcing these two solitary people into each other's broken worlds. Neither knows quite what to make of the other, but one thing is certain. To survive Purgatory, they must learn how to rely on each other, a feat that could possibly teach them both how to live again.

What listeners say about Beneath Blood and Bone

Different from the first book...in a good way.

While I liked Thicker than Blood (book 1), It was hard for me to read because the characters were never able to really catch a break.

This book on the other hand absolutely blew me away! It’s raw and gritty, full of deep emotion. You will FEEL everything in this book. It was amazing to watch a little bit of beauty grow in a world that was twisted and dark. The character development with Eagle and Autumn was so impressive. This is now at the top of my favorites list.

This story was simular to the TV program the Walking Dead, simular as the same walking dead people, if they bite you, you become a zombie so to speak. The story was mainly about surviving within a camp, the hostility that is generated when life it self comes down to surviving. A couple of lost souls find each other regardless how cruel life becomes. Enjoyed the journey the story token me on.