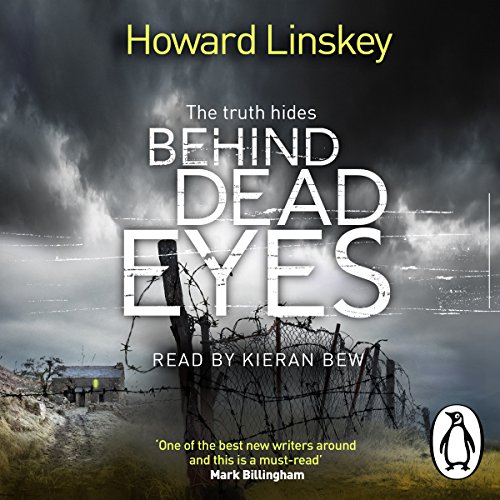 By: Howard Linskey
Narrated by: Kieran Bew
Try for $0.00

A corpse is found, its identity extinguished in the most shocking manner imaginable. Detective Ian Bradshaw can't catch the killer if no one can ID the victim. Out there, somewhere, a missing young woman may hold the answers.

Journalist Helen Norton is about to uncover a massive criminal conspiracy. She just needs the final piece of the puzzle. Soon she will learn the price of the truth.

True-crime writer Tom Carney receives letters from a convicted murderer who insists he is innocent. His argument is persuasive - but psychopaths are often said to be charming....

What is the dark thread running through these crimes?

Praise for Howard Linskey: "One of the best new writers around. This is a must-read series." (Mark Billingham)
"Linskey has taken a sharp swerve towards the big time.... He has elevated his writing to a level of complexity and humanity seldom approached by British writers previously. A new name on our criminal horizon." (Maxim Jakubowski)
"This is lacerating fare that makes most current crime fiction look like thin gruel." (Financial Times)
"Brilliant.... This is first class stuff, an unstoppable tale, a real page-turner not to be missed." (Sarah Broadhurst)
"Linskey delivers a flawless feel for time and place, mixed with unrelenting pace." [The Times (Top Five Thrillers of the Year)]
"Immensely satisfying, utterly compelling. Prepare to add another name to your must-read list." (Eva Dolan)

What listeners say about Behind Dead Eyes

If you could sum up Behind Dead Eyes in three words, what would they be?

Nothing's as it seems!

What does Kieran Bew bring to the story that you wouldn’t experience if you just read the book?

As always, with a "good narrator" they bring the characters to life, without you even realizing it. They slide effortlessly back and forth from character to character and you're engrossed in the story, not thinking about how the narrator is doing a lousy on that character!

I hate this ? I think "Behind Dead Eyes" is a great title. It caught my attention right away!!!!

Mr Linskey has a talent for maintaining multiple story plots within one story. He writes about the worst of crimes without the gore. His characters are flawed, vulnerable and real. Cannot wait for the next in the series.

Could have been much better

The narration spoilt this book for me. There are too many instances where the narrator leaves no break between sentences and/or paragraphs, maybe a good editor would have helped

Flat, monotone voice. Read too fast, little or no pauses or breaks between sentences

disappointment, it could have been better

A riveting and complex procedural whodunit of an alliance of journalists and policemen unravelling crime in Northeast England. Very enjoyable.

The narration is quite good, except for extremely short pauses between sections.

Four stars might be a TAD too many stars. The writing is not "great." However, when I run to download another book by the same author I feel I cannot give it any less. Two mysteries. One theme. Nicely done.

A good story, so worth buying. But the narrator got on my nerves. He was easy to listen to, just that he would not pause between new scenes. He would transition into the next scene like it was the next line.You had to picture even harder where he was up to. Where we had left off with that scene. Extraordinary,considering the editors could have made this happen. Or for a man who is supposed to be a professional.
However it was a good story.

Such a confusing, busy book left me wondering how many plots and subplots I'd missed while lamenting how boring the whole book seemed. Now I think this should be one I reread because the ending (s) actually left me shaken. So, for those who like true mystery here's your soon to be cult classic.

This book kept my interest with many plot twist and turns in the storyline. The main characters were well developed with just the right amount of tension and flaws to make them real.

I look forward to listening to more from this author.

I liked the narrator on this but the story was so thick with grim psychological observations, questions and answers -- the story hardly had any ground or movement. Some people apparently liked this a lot. It may have, eventually, been a good story but I gave up. It just felt like clomping through mud to me, like the times when I'm stuck only muddling unproductively with the stuff in my psyche.

I found the story intriguing, but I had a difficult time following the narrator. I love Irish accents and I always thought that I could listen to an Irish person read the phone book! Unfortunately, this book proved my theory wrong.

It was hard to distinguish between characters and the pace and flow of scenes (or even sentences) were sometimes strangely disjointed. I typically listen while commuting, so I rely on smooth and nuanced narration to help me keep in track of the plot.

I enjoyed what I was able to follow in the story, and I may try the book again in print form.

Another great one in the series...

Again another great book by Howard Linskey. I’ve really enjoyed the DI Brandshaw series, Linskey does a great job of telling an exciting story that keeps you guessing as well as the ongoing developing relationships between the DI and two reporters.
This works well as a stand alone book, I actually listened to the 3rd one first...but I recommend the whole series.

I like the blend of journalist and police in this series, even if it is a little unlikely. The way the solutions to several cases are uncovered and linked by the different approaches the trio takes makes this an interesting read.

It's not Rebus or McRae, but it's likely to appeal to fans of Rankin and McBride.

Unfortunately I had to return this book after listening to the first half as I just couldn't get into it. The story and characters had good promise, but the narration is a disaster. Literally everything is read in the same dreary, emotionless monotone, and every character (including the women) have the same voice (the narrator's), such that it is both a chore keeping up with which character is speaking, and impossible to identify or sympathise with any of the characters. Other reviewers have also pointed out that there are very short transitions from scene to scene, further aggravating the problem. Perhaps if this is re-recorded with a better narrator (one of Steven Pacey's talents, for example) in future, I will reinvest in it.

I Enjoyed The Book. Three story lines moved well between main characters with interesting events unfolding all the while.

it's the first book I've bought by this author, I'm buying a second immediately because he's a great writer.

The publisher's notes tell you all you need for a synopsis, so I don't need to tell more.

The story lines are topical and will not date over time, that makes the book's enjoyment durable for a few decades.

Buy the book, you won't be disappointed with content or narrator, who is brilliant and added polish to the whole audio experience.

looking forward to more from the same author and narrator. many thanks for hours of listening

Such a dull and boring storyline and the narrator did not deliver! Absolute awful book.

I adore this series and can’t wait till the next one. Unfortunately for me I listened to them in the wrong order but each book does stand alone.

no plot, terrible lifeless narration and boring characters make this a waste of time and money.

Had trouble staying with it during the first half. Blah blah blah, monotonous tone. The story had some intrigue and by second half I was piecing together the parts I'd stopped listening to and became fascinated.
Considered going back to start but not to repeat listening to that voice. It'll probably make a good TV series because the story is good and just needs some speed and oomph.